'We are witches': Clerical abuse scandal divides parishes and politics in Poland 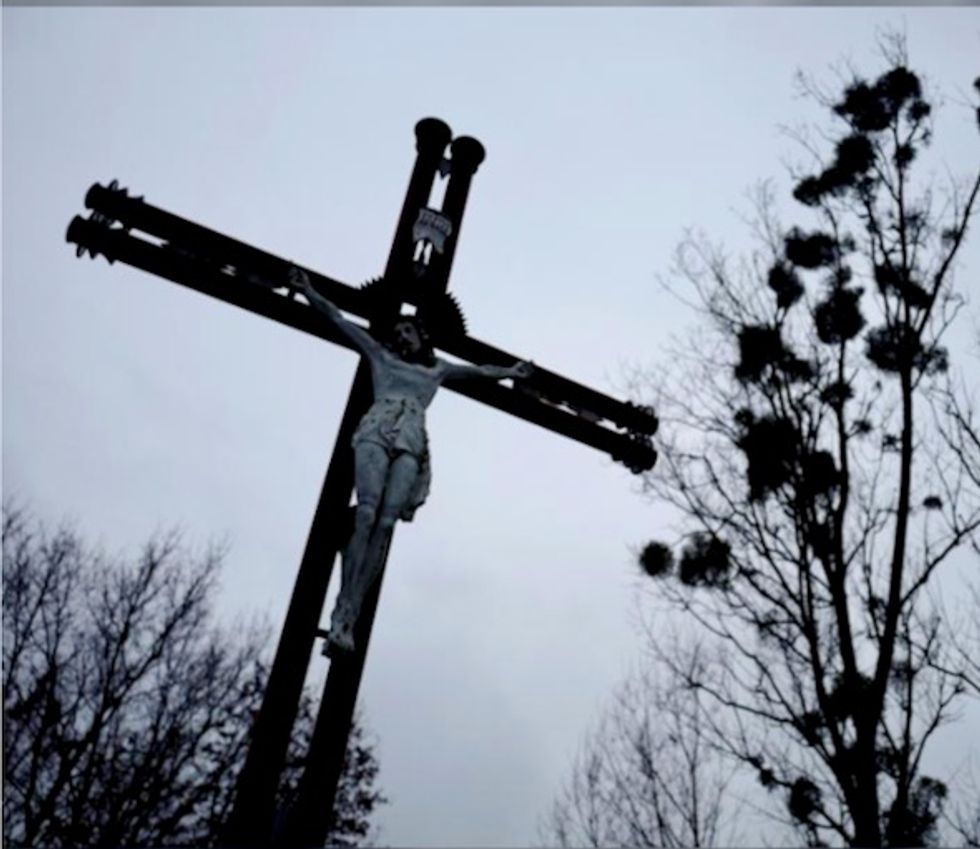 The former Catholic priest of the Polish village of Kalinowka is serving three years in jail for molesting five schoolgirls. But Marta Zezula, a mother whose testimony helped convict him, says the priest’s victims are the ones made to feel guilty.

“We are witches ... because we have pointed at the priest,” Zezula fumed as she shoveled straw into a chaff cutter in her barn in the tiny settlement in eastern Poland.

Many parishioners believe she and other mothers of those molested “simply convicted an innocent man”, she said.

Home to about 170 people, Kalinowka is a short drive from the main road, but feels more remote. The Holy Cross church, built in 1880, sits on a hill overlooking rolling farmland and forests full of deer.

Krystyna Kluzniak, hurrying into the well-kept church on a chilly November evening, said people should give the jailed priest a break. “The priest was cool and we miss him,” she said.

The priest, who cannot be named under Polish law, is now on trial again, charged with molesting another child. His lawyer, Marek Tokarczyk, said he denies the allegations. “We need a fair trial,” Tokarczyk said.

Similar scandals have shaken the Catholic Church and split communities in the United States, Ireland, Australia and elsewhere.

But Poland is one of Europe’s most devout nations, where most people identify as Catholics and the Church is widely revered. Priests were active in the fight against communism and in 1989, led by a Polish pope, John Paul II, the Church helped overthrow Communist rule.

Divisions over allegations of abuse are particularly stark here, said Marek Lisinski, the director of “Have no fear”, a group that advocates for victims of clerical abuse. Parishioners often side with priests and ostracize victims and their families, Lisinski told Reuters.

In October, “Have no fear” published a map that revealed the scale of the issue. It used black crosses to mark places where 60 priests had been convicted of abuses dating back to 1956.

Afterwards, Lisinski said, people called in to report another 300 cases of suspected abuse by priests which they had not raised with the Church or police for fear they would be doubted or shunned.

The same month, a Polish court of appeal upheld a landmark ruling which granted a million zloty ($260,000) in compensation to a woman abused by a priest as a child.

Jaroslaw Gluchowski, a lawyer in Poznan who represents victims of clerical abuse, said the ruling set an important precedent.

“We’re now at a moment when all victims in Poland are realizing that they’re not alone,” he said.

In a November statement, Poland’s bishops asked victims of clerical abuse for forgiveness and said the Church had begun collecting data to “identify the causes of these deeds and assess their scale”.

Archbishop Wojciech Polak, the primate of Poland, told Reuters the Church will publish its findings within six months.

Polak encouraged victims of clerical abuse to talk to their bishops, who are “obliged to report to the prosecutors’ service all credible cases they get knowledge of”.

He said he was aware the issue had caused rifts in some communities. “It is the Church’s responsibility to act in a way that doesn’t create divisions but heals them,” he said.

Senior bishops from around the world will meet Pope Francis at a conference in the Vatican in February to discuss protection of minors. Conference organizers have said everyone must be held accountable or the Church risked losing credibility worldwide.

The issue could also have political ramifications in Poland, Lisinski and other observers say. The country is due to elect a new parliament by December 2019.

The Catholic Church has long played a major political role in Poland, making its 25,000 priests not only revered but also influential with voters.

In December, a report appeared in Gazeta Wyborcza, a leading Polish daily, containing molestation allegations from a woman, Barbara Borowiecka, against the late priest Henryk Jankowski, an iconic figure in the anti-communist Solidarity movement.

The mayor of Gdansk, the birthplace of Solidarity, asked the Church to investigate the allegations. Archbishop Polak told Reuters the Jankowski allegations “should be investigated for the good of the Church” and said it was up to bishop of Gdansk to address them.

The ruling Law and Justice (PiS) party won power in 2015 with a blend of patriotism and piety that echoed the religious nationalism of the Church. In October, a former PiS minister, Antoni Macierewicz, credited the Polish clergy with helping the party win local elections that month.

Joanna Scheuring-Wielgus, an MP for a small opposition party called Now, is seeking an independent inquiry into child abuse by priests because she says the Church cannot be relied upon to investigate itself. She says the idea has received no support from PiS or other big parties.

A PiS spokesperson did not respond to several requests asking whether it supported the idea of an inquiry. Ryszard Czarnecki, a PiS MP for the European Parliament, responded to Reuters by asking why the Church should be singled out.

Ukraine's newly independent Church is blessed during mass in Istanbul

“I don’t know why we are focusing on one group, as this also concerns different groups - for example, artistic or journalistic ones,” he said.

About 12 million people, or almost a third of Poland’s population, regularly attend Mass, according to a survey by the Institute for Catholic Church Statistics, a Warsaw-based research center. The numbers slightly declined from 2015 to 2016, the survey showed.

Most children attend religious classes, but their numbers are dropping, too. In Lodz, Poland’s third-largest city, they fell from 80 percent in 2015 to fewer than 50 percent now, according to local government data quoted by the daily Dziennik Lodzki.

In November, the Church said such trends could have dire consequences. “Abandoning the Catholic faith and the Christian principles governing our national life and state’s functioning” could lead to Poland’s collapse, it warned in a pastoral letter.

In Kalinowka, Reuters spoke to seven parishioners. Most of them were sticking by the convicted priest. “I have a cousin whose son went to one of his classes and they didn’t see it,” Wieslaw Solowiej, a pensioner, said outside the Kalinowka church.

Jolanta Zych, whose nine-year-old daughter was among those molested, said neighbors spurned the family. “I always greet people but some turn their faces from me,” said Zych.

The other mother Reuters spoke to, Zezula, said her daughter began refusing food after the court case. “She didn’t want to eat because one woman told her the priest was in jail because of her.”

During Mass, Zezula said, people shrank away or refused to shake hands during a ritual greeting known as the sign of peace. She no longer goes to church.

Piotr Lenart, the current priest, referred questions to the Zamosc-Lubaczow Diocese in which the Kalinowka parish lies.

Michal Maciolek, a priest and spokesman for the diocese, said it had offered the victims and their families pastoral and psychological help, but this had been rejected. No financial compensation was offered, because “the diocese can’t take responsibility for the priest’s actions”.