World's oceans are heating up at a quickening pace: study 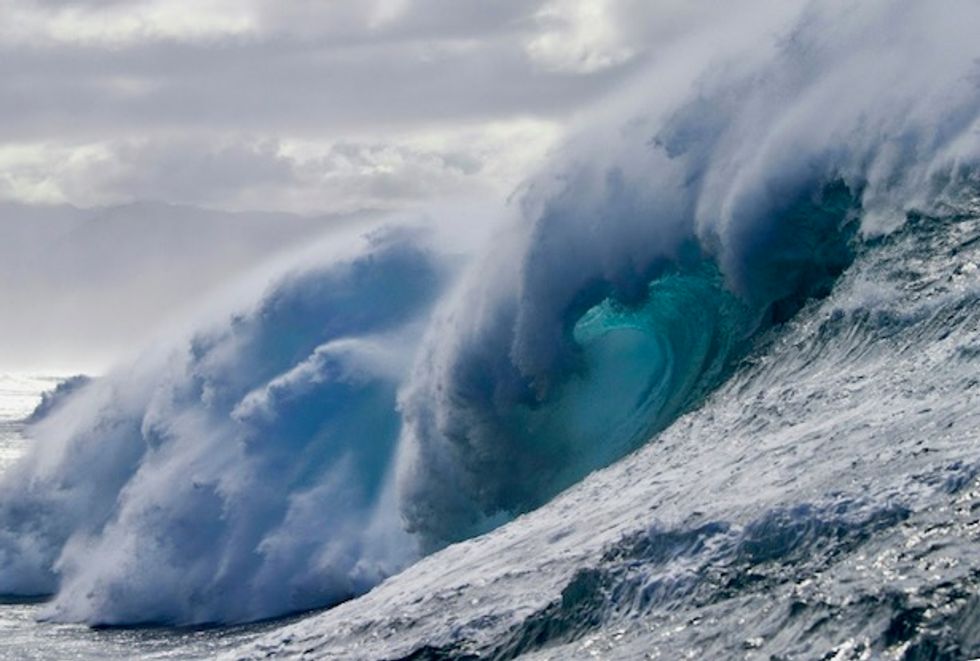 The world's oceans are heating up at an accelerating pace as global warming threatens a diverse range of marine life and a major food supply for the planet, researchers said Thursday.

The findings in the US journal Science, led by the Chinese Academy of Sciences, debunk previous reports that suggested a so-called pause in global warming in recent years.

The latest technology shows no such hiatus ever existed, raising new concerns about the pace of climate change and its effect on the planet's main buffer -- the oceans.

"Ocean heating is a very important indicator of climate change, and we have robust evidence that it is warming more rapidly than we thought," said co-author Zeke Hausfather, a graduate student in the Energy and Resources Group at the University of California, Berkeley.

About 93 percent of excess heat -- trapped around the Earth by greenhouse gases that come from the burning of fossil fuels -- accumulates in the world's oceans.

The latest report relied on four studies, published between 2014 and 2017, that gave more precise estimates of past trends in ocean heat, allowing scientists to update past research and hone predictions for the future.

A key factor in the more accurate numbers is an ocean monitoring fleet called Argo, which includes nearly 4,000 floating robots that "drift throughout the world's oceans, every few days diving to a depth of 2,000 meters (yards) and measuring the ocean's temperature, pH, salinity and other bits of information as they rise back up," said the report.

Argo "has provided consistent and widespread data on ocean heat content since the mid-2000s," it said.

The new analysis shows warming in the oceans is on pace with measurements of rising air temperature.

And if nothing is done to reduce greenhouse gases, "models predict that the temperature of the top 2,000 meters of the world's oceans will rise 0.78 degrees Celsius by the end of the century," it said.

The thermal expansion -- water swelling as it warms -- would raise sea level 12 inches (30 centimeters), above any sea level rise from melting glaciers and ice sheets.

"The global warming signal is a lot easier to detect if it is changing in the oceans than on the surface."