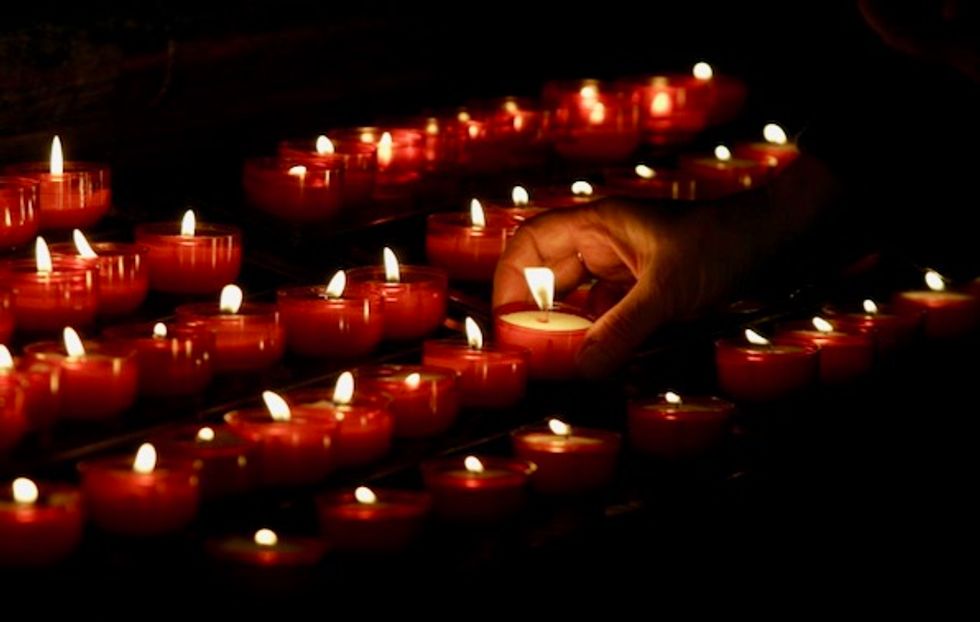 A priest accused of molesting more than 80 boys is trying to block the release of a film about a scandal that has rocked the French Catholic church and put one of its most senior cardinals in the dock.

The acclaimed director Francois Ozon worked for years in secret on "By the Grace of God", which will be premiered Friday at the Berlin film festival.

But its release in France later this month is threatened, with the accused priest Bernard Preynat going to court to demand that it is not shown until after his trial, which is due to start later this year.

A lay voluntary worker for the Lyon diocese, Regine Maire, has also issued a legal challenge to have her name removed from the film.

The movie's premiere comes as Cardinal Philippe Barbarin, the archbishop of Lyon, and five others including Maire await the verdict of a court in the central eastern city on charges of covering up the abuse.

Ozon -- best known for "Swimming Pool" and "8 femmes" -- told AFP he had hoped the tortuous series of cases would have finished by now, but the film should be shown for "the public good".

"When you try to break the silence, there is always resistance," he said. "I don't think this is happening by accident, because it is a film which is trying to break an omerta, and which deals with the silence."

AFP/File / Anne-Christine POUJOULAT The acclaimed director Francois Ozon worked for years in secret on "By the Grace of God", which will be premiered at the Berlin film festival

The scandal first broke in 2015 when a former scout Francois Devaux went public with allegations that Preynat had abused him as a child 25 years earlier.

Preynat was suspended by the church later that year and it later emerged that the cardinal had confronted him about "the rumours" in 2010 but the priest claimed he had changed.

Four years later Barbarin went to the Vatican about him without contacting the police.

Ozon said he had worked closely with several members of the survivors' group, La Parole Liberee (Freed Speech), Devaux set up, which has gathered the testimony of 85 people who claim to have been abused by Preynat in Lyon.

But the director said he tried to be "as even-handed and objective as possible. It is not a film of goodies and baddies, it is much more complex than that for the affected families and the institution itself, and I tried to show that".

"By the Grace of God" centres on Devaux and Alexandre Dussot-Hezez, "a fervent Catholic who discovers at the age of 40 that a priest who abused him is still alive and has access to children" through the church.

But with the "liberation" that comes with daring to speak about something kept hidden for so long, Ozon said he wanted to show the "negative repercussions (victims can suffer) and the distressing boomerang effects on their partners, children, families and friends".

He insisted there were no major factual revelations in the film for anyone who has been following the case.

"Ninety percent of the film concerns the victims. It is their story. The rest are established facts from court documents, the press, documentaries and a book on the affair."

The film-maker hopes his intimate portrait of the victims' fight for justice will spark greater understanding of a difficult subject that mainstream cinema has rarely treated beyond the Oscar-winning "Spotlight".

"I don't know if cinema can change the world, but it can open debate," Ozon said.

"It's great when people come up to thank you and say it will shift things."

Ozon said the reaction from several French bishops and senior clergy who have seen the film had been positive.

And last month one of the most senior clerics in Lyon thanked Devaux for "shaking the church".

"I think the church wants things to change," said Ozon, who argued that a "lot of ordinary Catholics are sick of their religion being associated with paedophilia and want the hierarchy to sort the problem out once and for all".