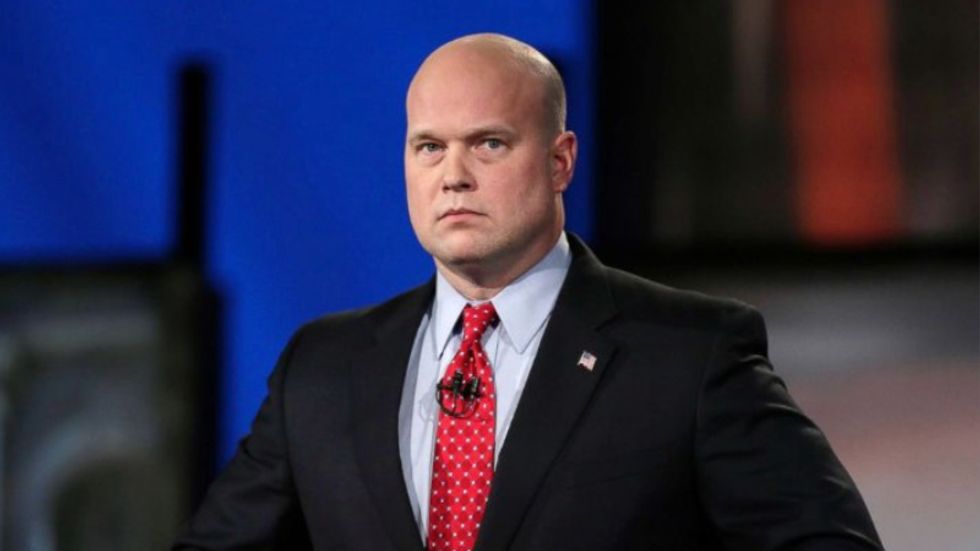 The crisis of institutions during the Donald Trump administration escalated on Thursday after acting Attorney General Matt Whitaker threatened to not show up at his scheduled testimony before Congress on Friday.

"Jeremy Bash, I read these questions and was thinking -- if Robert Mueller is investigating the president for possible obstruction of justice, he too might want to know if Matthew Whitaker was briefed on the Mueller probe and told Donald Trump about it," Wallace noted.

"What do you think the chances are that not just Congress has these questions and seeks these answers, but that Robert Mueller also wants to talk to Matt Whitaker about the kind of conduct that the questions shared with him covers?" she asked.

"I think there's a likelihood that the special counsel is interested in whether or not Matt Whitaker was specifically put in that job to replace Jeff Sessions to constrain or starve the investigation," he answered. "And I think they're interested from a credential perspective -- and possibly criminal law perspective -- as to whether or not Matt Whitaker is a conduit of information back to the White House."

Later in the segment, Wallace brought up Whitakers credentials to even hold the position of acting Attorney General.

"Jeremy, can you just jump in on sort of the elephant in the room. I think all of the questions about Whitaker have at their core the fact he's not held in high regard in legal circles, certainly not on the left, and not on the right either," Wallace noted.

"What is your theory why he's there?" she asked.

"I think he's there in part to make DOJ into DOJO -- the Department of Justice Obstruction," Bash replied. "There are very relevant questions for the Judiciary Committee to ask of this acting Attorney General."