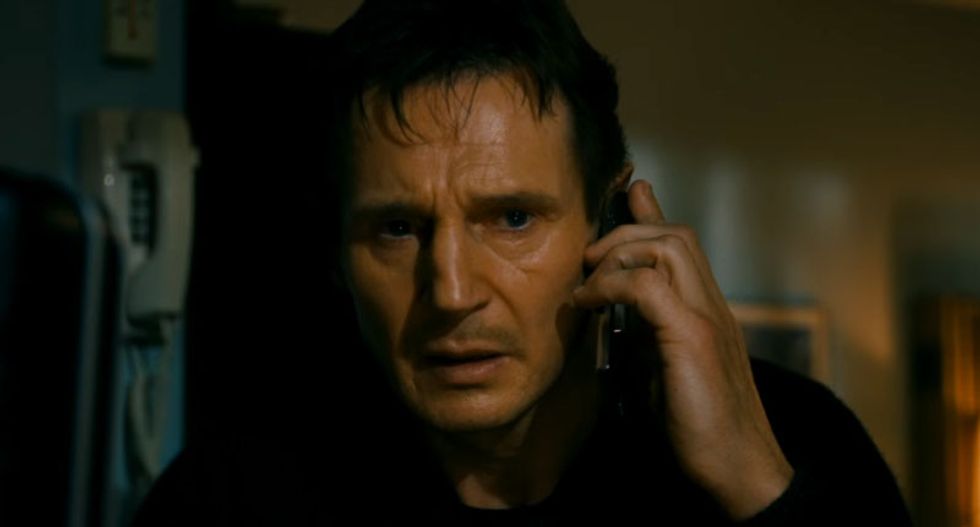 Actor Liam Neeson in a trailer for the movie Taken (Screenshot)

In a shocking interview, the actor Liam Neeson revealed that when a woman who was close to him was raped, he roamed the streets looking for a "black bastard" to kill.

The admission, which echoes the plots of his many films, exploded Monday. He told a reporter with The Independent about the incident while promoting his latest film, Cold Pursuit.

“I’ll tell you a story. This is true,” the actor told journalist Clémence Michallon in the taped interview, saying the woman was allegedly raped by a black man.

“She handled the situation of the rape in the most extraordinary way,” he said.

“But my immediate reaction was, I asked, did she know who it was? No. What color were they? She said it was a black person," Neeson said.

"I went up and down areas with a cosh, hoping I’d be approached by somebody—I’m ashamed to say that—and I did it for maybe a week, hoping some [making air quotes with his fingers] ‘black bastard’ would come out of a pub and have a go at me about something, you know? So that I could kill him.”

“It was horrible, horrible, when I think back, that I did that,” he said. “And I’ve never admitted that, and I’m saying it to a journalist. God forbid.”

He added: “It’s awful. But I did learn a lesson from it, when I eventually thought, ‘What the fuck are you doing’, you know?