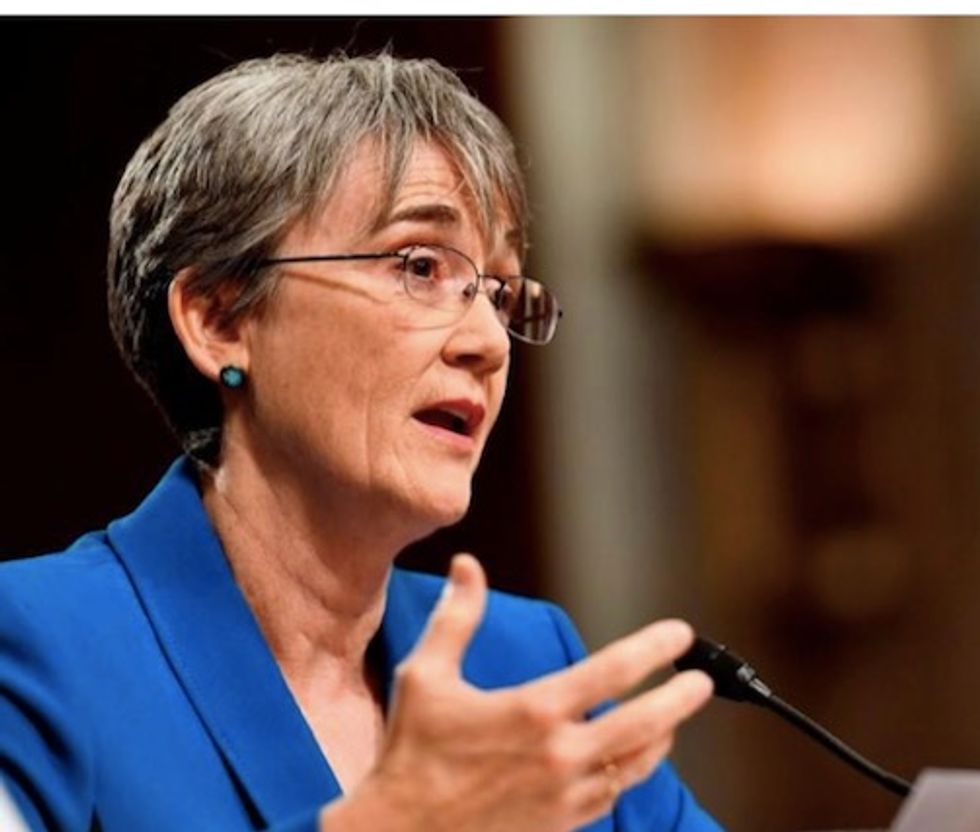 Heather Wilson testifies before the Senate Armed Services Committee, as a part of the confirmation process in Washington, DC, U.S. on March 30, 2017. Scott M. Ash/Courtesy U.S. Air Force/Handout via REUTERS

The proposed measure, outlined in an interview at the Pentagon by Secretary of the Air Force Heather Wilson and Chief of Staff David L. Goldfein, follows complaints from military families who say they are often powerless to challenge private industry landlords when they encounter dangerous mold, lead paint and vermin infestations.

“Clearly there are areas where we have issues,” Goldfein said.

Added Secretary Wilson: “That could put a little more leverage into the hands of the renters.”

The Air Force push adds to a drumbeat of reforms to emerge in recent weeks following a Reuters series, Ambushed at Home, that documented shoddy housing conditions at bases nationwide and described how military families are often empowered with fewer rights than civilian tenants.

Wilson said the Air Force is actively working with the Army and Navy to push a tenant bill of rights that would give military families a stronger hand in housing disputes. She wants to strengthen the Servicemembers Civil Relief Act, a law that includes active duty housing protections. As one example, Wilson proposed expanding the act to allow base families to end their lease or withhold rent if their landlords fail to correct health and safety problems.

Beyond that effort, she said wing commanders of each U.S. Air Force base have been directed to inspect all 50,000 privatized family housing units in the force’s portfolio by March 1. She cited housing breakdowns at Air Force bases including Tinker in Oklahoma, Maxwell in Alabama, MacDill in Florida and Keesler in Mississippi.

In addition, she said, the inspector general’s office will launch a review of how Air Force bases respond to housing health and safety complaints.

Last week, the U.S. Army vowed to renegotiate its housing contracts with private real estate firms, test homes for toxins and hold its own commanders responsible for protecting residents. And on Friday, the Army issued a letter directing senior commanders to conduct inspections of all housing within the next 30 days.

Wilson said the Air Force is also considering working with Congress to renegotiate its contracts with housing companies to allow the service to withhold all incentive fees from low-performing landlords.