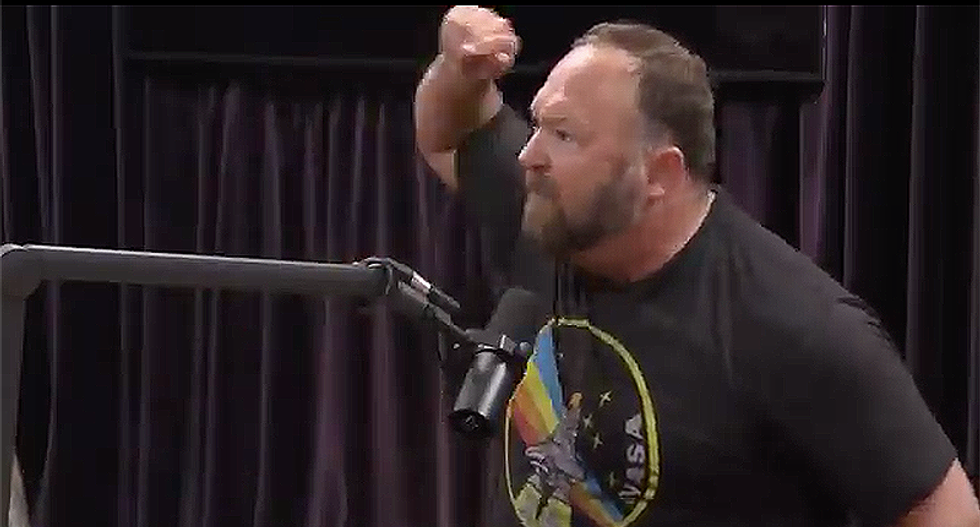 In a video released by Rogan, Jones is seen waving his arms and screaming the F-word, claiming that Congress just approved after-birth murder. It isn't true, despite the tweets from President Donald Trump claiming so.

After-birth abortions are illegal and are not conducted, despite what anti-choice activists try to claim.

The controversy goes back to a bill in Virginia making late-term emergency abortions safe and legal. The procedure is nearly unheard of and typically reserved as an emergency for the life and health of the mother or child.

In a radio interview about the topic, Gov. Ralph Northam, M.D. explained that if a child is terminally ill and born anyway that the doctors have an obligation to make the baby comfortable and talk about what can be done as it succumbs to the illness. Conservatives say that Northam was saying "what can be done" actually meant they would kill the baby.

That didn't stop Jones from losing his mind when talking about the topic. He and Trump both maintain that Democrats are somehow walking into hospitals and executing babies.

Jones, oddly enough, admitted his ignorance on the topic, using a pejorative for "stupid" aligned with mentally challenged people.

"Look here's the thing, I'm gonna be honest with you, I'm kind of ret*rded," he said.

Watch the meltdown below: