In America, high-speed train travel is off track 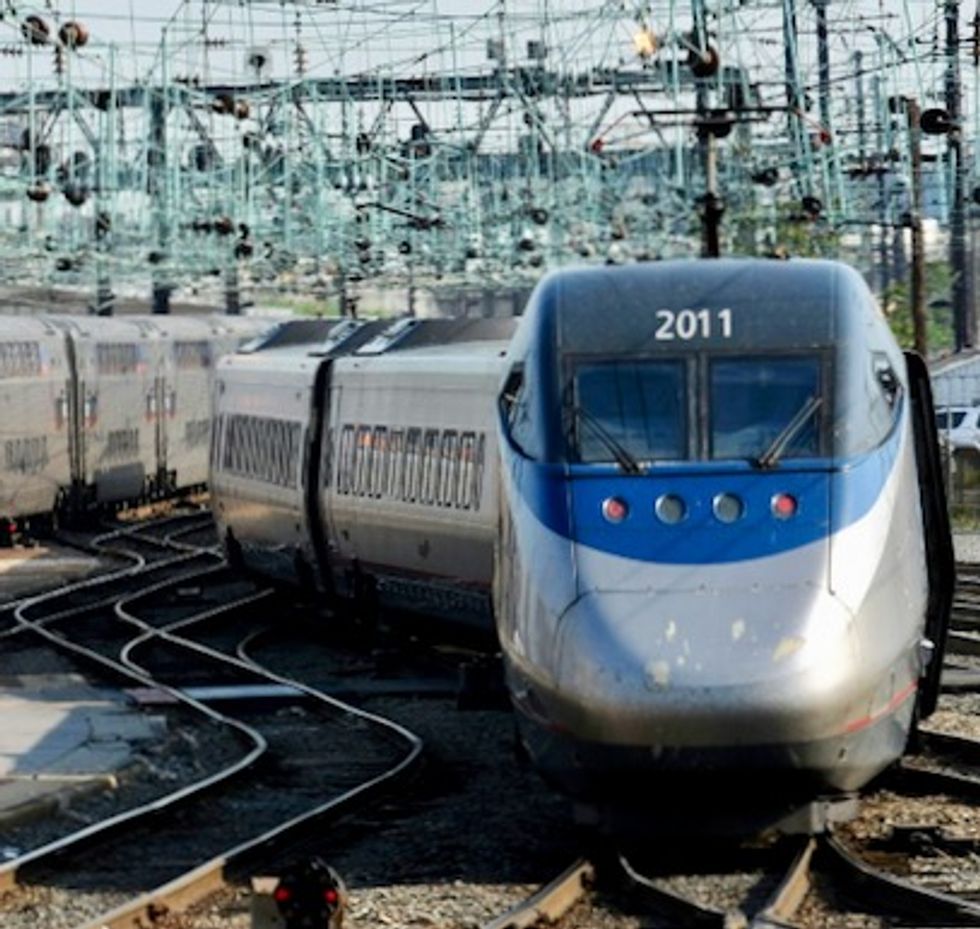 California's suspension this week of a high-speed rail project underscores the up-hill battle the modern mode of transport faces in the United States -- including myriad cultural, political and economic obstacles.

Long gone are the days of the 19th century gold rush, when Americans raced to build transcontinental rail links and conquer the nation's vast expanse.

Today modern rail transport is decidedly off track: it has weak political backing and Americans prefer driving or flying while other industries are opposed. Freight companies in particular are not keen to share rail lines with passenger trains.

"We have a Congress polluted by special interest money ... that has been working for years to stop/prevent any rail investment," said Andy Kunz, head of the US High Speed Rail Association, pointing to the oil, aviation and auto industries in particular.

While in a few short years China has spent hundreds of billions to build the world's largest high-speed network, the United States has yet to enter the high-speed rail era.

California's newly elected Governor Gavin Newsom said Tuesday he was indefinitely suspending plans to complete a 520-mile (830-kilomter) high-speed rail link between Los Angeles and San Francisco, saying it was too costly and taking too long.

"There's no doubt that our state's economy and quality of life depend on improving transportation," Newsom said in his first state of the state address.

But with costs up 20 percent (now at $77 billion) and the project's horizon already pushed back (completion is now slated for 2033, instead of 2029), Newsom said that for the moment only a segment linking the towns of Bakersfield and Merced would be completed in the heavily agricultural Central Valley.

"The Central Valley was phase 1 all along ... Nothing has changed with that," said Kunz.

He said he expected California would ultimately have its own high-speed rail network once the Bakersfield-Merced link proved its viability and Americans got a taste of a mode of travel already so popular in Europe, China and Japan.

California is America's largest economy and its most populous state, with about 40 million inhabitants.

And in a 2008 referendum, voters approved partial financing of $10 billion for the Los Angeles-San Francisco route.

"California has been forced to cancel the massive bullet train project after having spent and wasted many billions of dollars," President Donald Trump tweeted Wednesday.

"Whole project is a 'green' disaster!"

But Kunz said California's rail plans were in the national interest, a means of easing congestion on roads and at airports and reducing pollution.

But in the United States, regional governments have hesitated to finance costly projects that sometimes run into legal hurdles.

"It is extremely difficult for the government to force individuals to sell their land," said Jacob Kirkegaard, a senior fellow at the Peterson Institute for International Economics.

While authorities may use "eminent domain," or the compulsory sale of private assets to complete infrastructure projects, US law places constraints on such powers and projects can wind up in protracted court battles.

Furthermore, the vast expanse of the United States means even high-speed rail is sometimes not practical, Kirkegaard added.

"It doesn't mean there are not areas which could benefit from it," he said.

But he noted that in an urban sprawl like the greater Los Angeles area -- which is almost three times the size of Belgium -- spending 90 minutes just to get to the train station could be prohibitive in itself.

Above all, Americans love their cars, emblems of personal freedom, something encouraged by the sustained recent drop in fuel prices.

"There is no doubt that the car, and its importance over many decades for infrastructure, is the problem for shifting towards more public and mass transportation with high speed trains," said Kirkegaard.