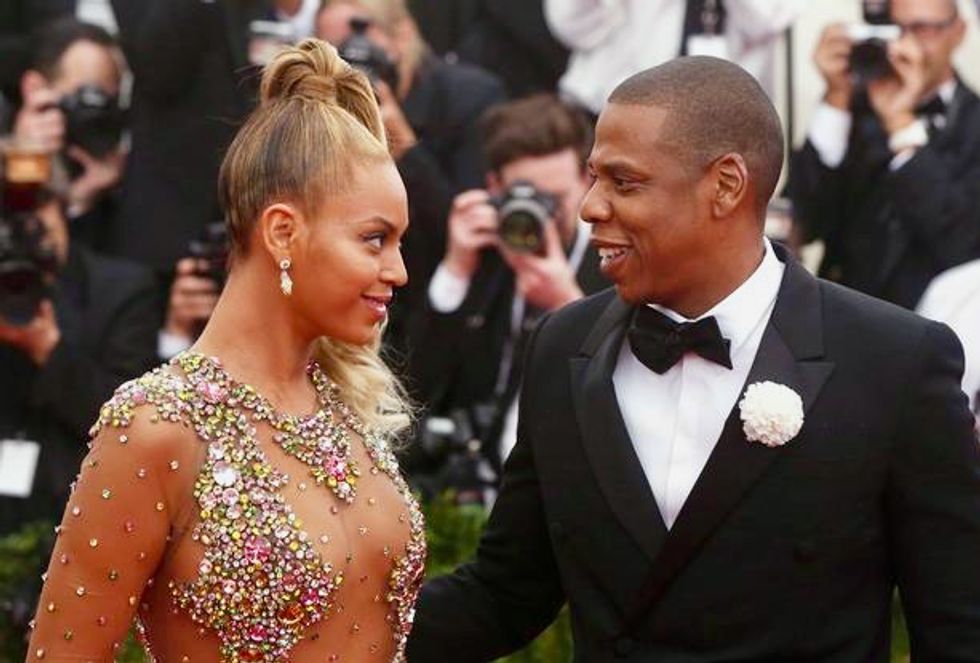 FILE PHOTO: Beyonce arrives with husband Jay-Z at the Metropolitan Museum of Art Costume Institute Gala 2015 celebrating the opening of "China: Through the Looking Glass," in Manhattan, New York May 4, 2015. REUTERS/Lucas Jackson/File Photo

Music superstars Beyonce and Jay-Z are offering fans a chance to win free tickets for life to their concerts in exchange for adopting a vegan diet for a month.

The “Lemonade” singer announced the contest to her 123 million Instagram followers late on Wednesday in support of the Greenprint Project, which encourages people to reduce their environmental footprint by eating plant-based meals.

Beyonce pledged to eat plant-based breakfasts and go meatless on Mondays, while Jay-Z is promising to eat two plant-based meals a day.

The project is the brainchild of Beyonce’s personal trainer, Marco Borges, who published his “The Greenprint” book in December explaining his plant-based diet and exercise plan. The singer and her spouse wrote the introduction to the book.

A study in the journal Science last June concluded that avoiding meat and dairy products would be the biggest way to reduce the environmental impact on the planet because of reduced irrigation of farmland, animal emissions, food processing and transport.

Under the contest rules, one fan will get a pair of tickets to one official concert tour by Beyonce and/or Jay-Z for the next 30 years.