A set up? Bezos text leaker is a lawyer with right-wing clients -- and links to Roger Stone 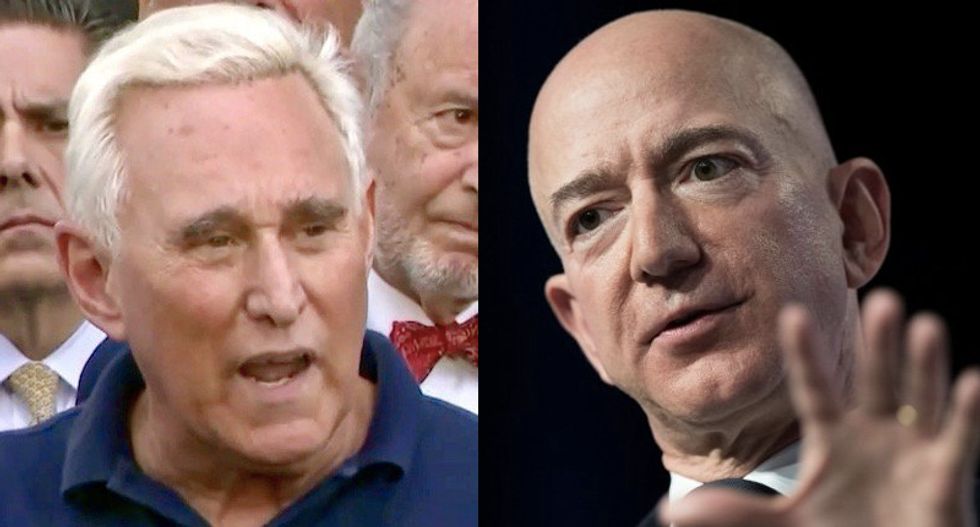 Michael Sanchez, the brother of the woman who had an affair with Amazon CEO Jeff Bezos is concluded to be the person who leaked the text messages and nude photos to the National Enquirer. However, Sanchez's history with the right-wing is now coming to light.

According to Daily Beast reporter Lachlan Markay revealed that Sanchez was in contact with President Donald Trump's friend and advisor Roger Stone in wake of the Enquirer's release of the preliminary story about the Bezos affair.

"According to the documents you reviewed, that Sanchez was providing -- that the Enquirer was pursuing its story about Bezos with President Trump's knowledge and appreciation," quote MSNBC host Chris Hayes Monday. "What's that mean? How could he know that?"

Mackley said that the comment came from Sanchez, who was like speculating and "doesn't have direct knowledge of the fact."

However, Sanchez does have right-wing ties to Trump allies that could garner knowledge.

"But it's worth noting that he's also -- he has long-standing business and personal relationships with some notable people in President Donald Trump's orbit, chiefly, Roger Stone, Carter Page, and Scottie Nell Hughes. So that's something that --" he continued before Hayes cut him off in surprise.

"He does, yes. He formally represented Carter Page and Scottie Nell Hughes and Roger Stone confirmed to us that the two of them are friends. And in fact, we know from additional documentation in prior reporting that Michael Sanchez and Roger Stone were in touch about this story very shortly after it ran in the National Enquirer."