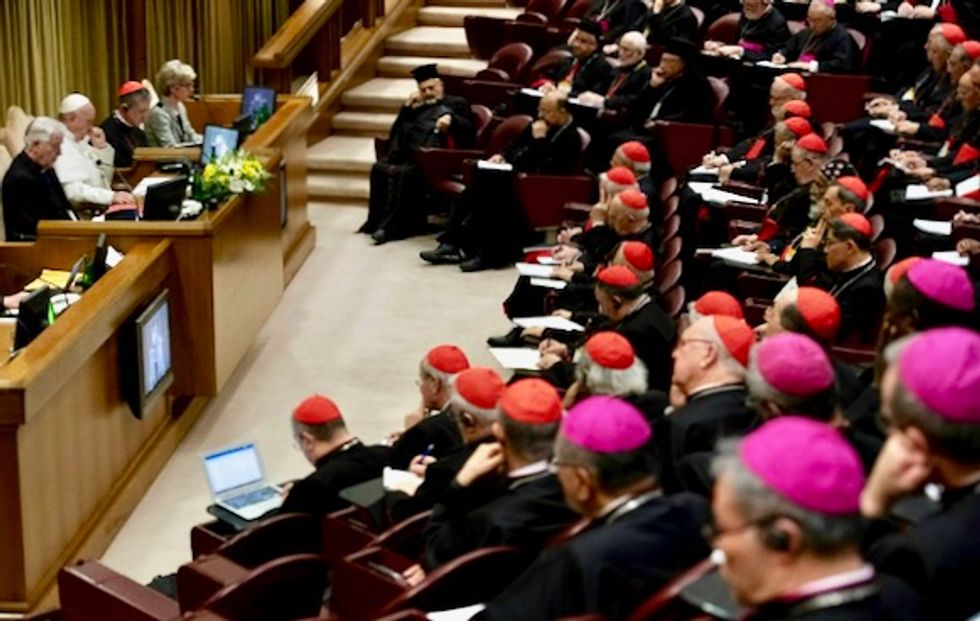 A top Catholic cardinal admitted Saturday that Church files on priests who sexually abused children were destroyed or never even drawn up, a move which allowed paedophiles to prey on others.

"Files that could have documented the terrible deeds and named those responsible were destroyed, or not even created," German Cardinal Reinhard Marx told a landmark Vatican summit on tackling paedophilia in the clergy.

"Instead of the perpetrators, the victims were regulated and silence imposed on them.

"The stipulated procedures and processes for the prosecution of offences were deliberately not complied with, but instead cancelled or overridden," he said.

Marx was speaking on the third day of an unprecedented meeting of the world's top bishops which Pope Francis has called in an effort to get on top of a crisis that has dogged the Roman Catholic Church for decades.

The ongoing scandals have escalated to touch many countries across the globe, with recent cases affecting Chile, Germany and the US.

The cardinal apologised personally in September to thousands of victims of sexual assault by clergy in the German Church, saying perpetrators must be brought to justice.

That followed the publication of a damning report by the German Bishops' Conference showing that almost 3,700 minors -- mainly boys -- were assaulted in Germany between 1946 and 2014.

The report's authors said the figure was "the tip of the iceberg".

Investigations have revealed that in many cases priests accused of assaulting minors were transferred to other parishes as bishops turned a blind eye to protect the Church's reputation.

"The rights of victims were effectively trampled underfoot, and left to the whims of individuals. These are all events that sharply contradict what the Church should stand for," Marx said.

The cardinal said it was essential that victims felt "that they can trust the system".

"There are no alternatives to traceability and transparency," he insisted, adding that attempts to cover-up scandals risked seriously undermining the Catholic Church's credibility.

Francis has told his bishops he wants "concrete measures" drawn up against child sex abuse, though survivor groups in Rome for the summit have accused the Vatican of fine words but little action.

Survivors have lambasted the centuries-old institution for not releasing the names and case files of priests convicted of abuse or possessing child pornography.

The Vatican has in the past refused to hand over internal documents about child sexual abuse cases to civil authorities investigating paedophilia.

On Friday, Archbishop Charles Scicluna, one of the Vatican's top prosecutors and an organiser of the summit, said the call for statistics to be released was "legitimate".

Marx, who belongs to the Church's more liberal wing, said telling the public about what sort of investigations were underway and how many, would help counter "mistrust" in the Church which "leads to conspiracy theories".

Transparency was also "extremely important" for other aspects of the Church, "for example in the area of finances", he said.

"Let us take a courageous step in this direction," he added.

Scandals surrounding the Vatican's bank have prompted a clean-up in recent years, first under Pope Benedict XVI and then under Francis, with some 5,000 bank accounts being closed.

But the decision to sack the bank's deputy director in 2017 without explanation fuelled conspiracy theories, amid claims he was being axed because his investigations into possible illegal activity had hit too close to home.

The bank became notorious after the 1982 death of Roberto Calvi, known as "God's banker" because of his links to the Vatican, whose corpse was discovered hanging from Blackfriars Bridge in London.

Prosecutors believe it was a mafia killing linked to money laundering via the bank.