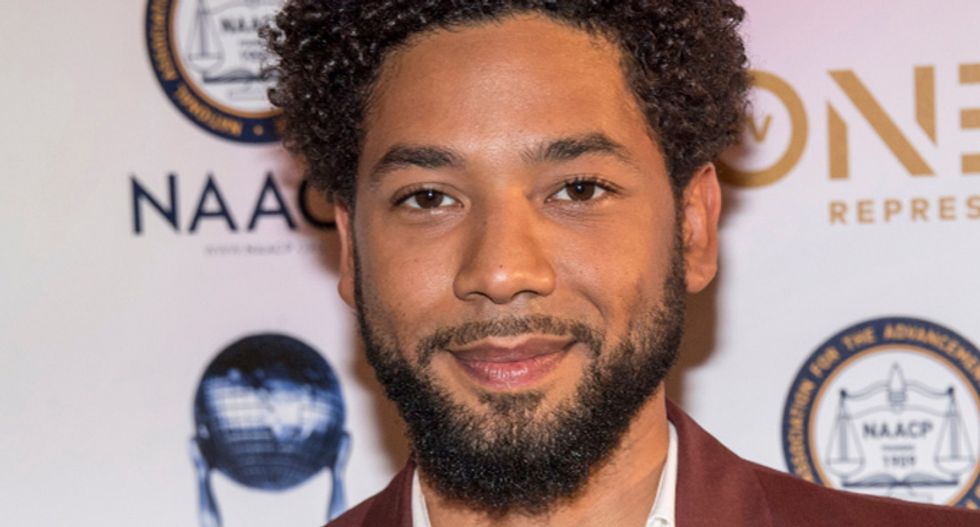 Chicago police have shifted the direction of their investigation into actor Jussie Smollett’s report of a hate-crime assault and are seeking to interview him again, after releasing two men detained for questioning in the probe, a police spokesman said on Saturday.

Smollett, 36, an openly gay African-American performer who plays a gay character on the musical hip-hop TV drama “Empire,” ignited a furor on social media last month when he reported he had been attacked on the street by two men yelling racial and homophobic slurs.

According to Smollett’s account, his assailants struck him in the face, draped a rope around his neck and doused him with an “unknown chemical substance” before fleeing. Police said the actor took himself to a hospital but was not seriously hurt.

On Wednesday evening this week, police said they arrested two Nigerian brothers described as “persons of interest” who were recognized from surveillance camera footage taken in the area of the alleged Jan. 29 assault.

The pair were freed two days later without charge, police told Reuters on Friday, in light of “new evidence” from their interrogation.

Police spokesman Anthony Guglielmi denied a media report on Thursday that detectives were looking into whether Smollett had staged the attack, saying then that there was “no evidence to say this is a hoax.”

On Saturday, Guglielmi issued a brief statement saying that “information received from the individuals questioned by police earlier in the ‘Empire’ case has in fact shifted the trajectory of the investigation.” He added, “We’ve reached out to the ‘Empire’ cast member’s attorney to request a follow-up interview.”

Attorneys for Smollett said in a statement late on Saturday that he was “angered and devastated” by recent reports that the alleged attackers were people he is familiar with, including a personal trainer he hired to prepare him for a music video.

“He has now been further victimized by claims attributed to these alleged perpetrators that Jussie played a role in his own attack. Nothing is further from the truth and anyone claiming otherwise is lying,” said the lawyers, Todd Pugh and Jonathan Brayman.

Smollett and his attorneys anticipate being further updated by the Chicago police department on the status of the investigation and will continue to cooperate, they said.

Monico could immediately be reached by Reuters for comment.

“Empire” debuted on the Fox network in 2015 and has earned multiple Emmy nominations. Smollett plays the character Jamal Lyon, a member of the family that is the focus of the show.