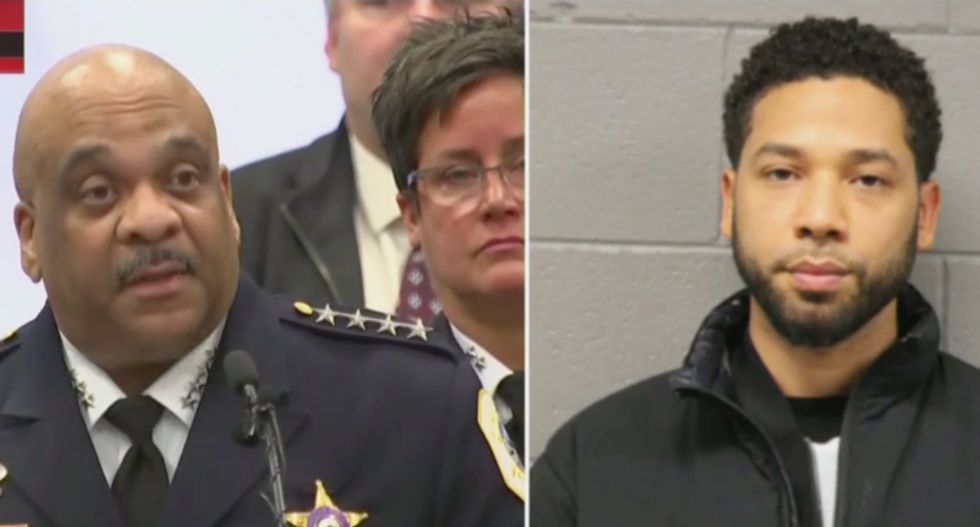 Chicago Police Superintendent Eddie Johnson at a Thursday press conference unleashed a rhetorical barrage aimed at "Empire" star Jussie Smollett, who was arrested this morning for faking a hate crime.

"As I look out into the crowd, I just wish that the families of gun violence in this city got this much attention because that's who really deserves the amount of attention we're giving to this particular incident," Johnson said in scathing opening statements that were only the beginning of an angry and passionate rebuke of the actor.

"I come to you not only as the superintendent of the Chicago police department, but also as a black man who spent his entire life living in the city of Chicago," he continued, hammering Smollett for taking "advantage of the pain and anger of racism" to "further his own public profile."

"Bogus police reports cause real harm. They do harm to every legitimate victim who is in need of support by police and investigators," said Johnson, who added that he was "offended and angry" by Smollett's stunt, not the least for the impact the hoax would have on other vulnerable populations.

"I'm also concerned about what this means moving forward for hate crimes," he said. 'My concern is that hate crimes will now publicly be met with a level of skepticism that previously didn't happen."

"I only hope the truth about what happened receives the same amount of attention that the hoax did," Johnson concluded. "I'll continue to pray for this troubled young man who resorted to both drastic and illegal tactics to gain attention."