Chris Wallace calls Rush Limbaugh a hypocrite -- to his face: 'You were outraged' over Obama's executive actions 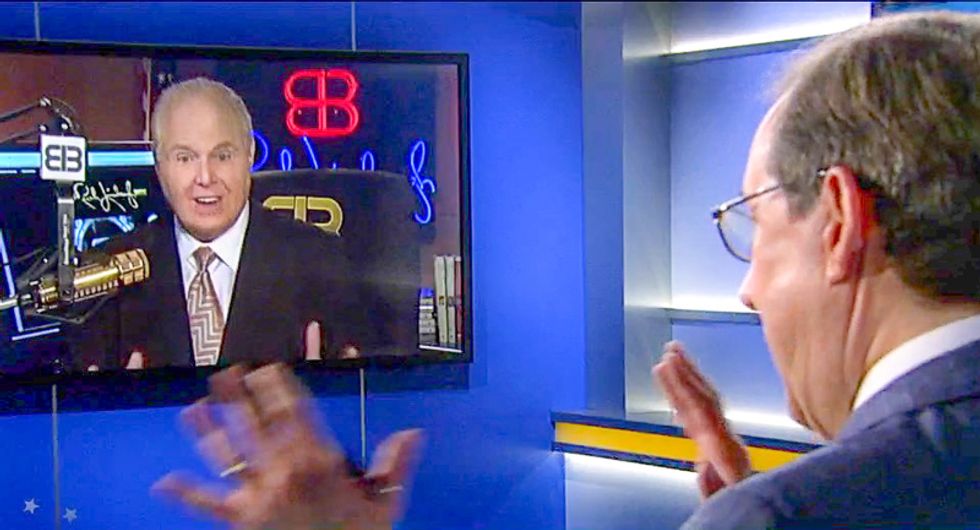 In an interview with Rush Limbaugh on Sunday, Fox News host Chris Wallace suggested that the conservative radio talker is a hypocrite when it comes to his views on presidents trying to circumvent the will of Congress.

Wallace noted on his Fox News Sunday program that Limbaugh had attacked President Barack Obama's use of executive actions, but the radio host applauded President Donald Trump for using a national emergency to build a wall on the southern border against the wishes of Congress.

"I want to ask you about the game you say we play in Washington," Wallace said. "Because the fact is when President Obama took executive actions, you were outraged. And as you would expect, I've got a couple of examples."

Wallace reminded Limbaugh that he accused Obama of flushing the Constitution "down the toilet" when he took executive action to defer the prosecution of immigrants who were brought to the U.S. as children.

"I understand that you like what President Trump is doing," Wallace acknowledged. "And you didn't like President Obama was doing. But that's the concern here, is that to the degree that you give the president more and more powers, yes, you are going to get some things -- executive powers -- from one president you like, but you're going to get things -- executive powers -- from another president that you don't like."

Limbaugh paused before answering: "You may look at it that way. I don't. I look at it, right and wrong. And what Obama was doing was furthering this existing problem and politicizing this using whatever executive powers he wanted to use."