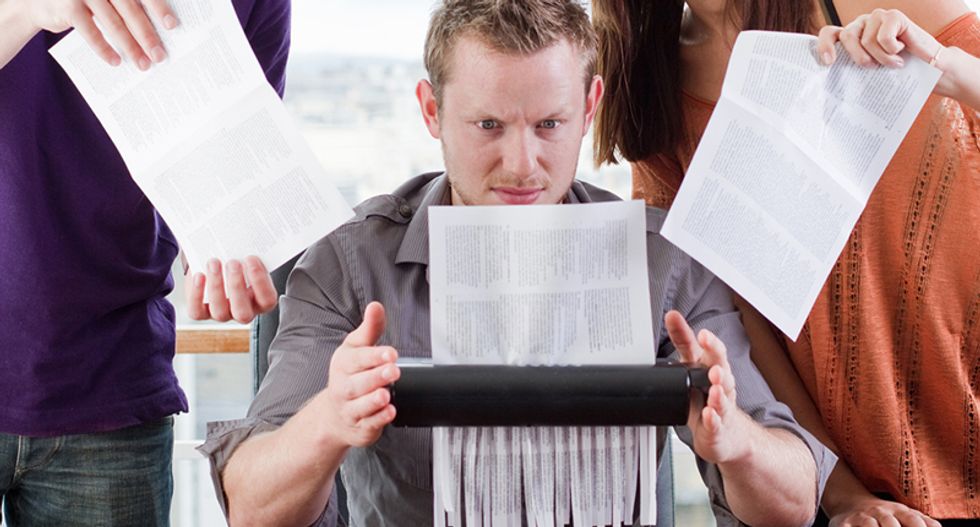 HarperCollins Christian Publishing company displays its mission front and center on its website. "We inspire the world by meeting the needs of people with content that promotes Biblical principles and honors Jesus Christ," the site proudly displays. But it seems the company's "Biblical principles" didn't prevent a hefty swindle.

The company was successfully sued by ePAC Technologies, whose CEO invented a way to quickly print and bind books.According to court documents, HarperCollins Christian attempted to buy ePAC, except it was all allegedly a ruse that lasted for years with no final acquisition.

A jury in the United States District Court for the Middle District of Tennessee ultimately found in favor of ePAC. "The jury awarded EPAC Technologies, Inc., a leading high-technology manufacturer and printer, $12 million in punitive damages on top of more than $3 million in compensatory damages for fraud and breach of contract," the release says.

"HarperCollins Christian Publishing, Inc. is the world’s largest Christian content provider, with more than three hundred years of publishing expertise," says the CEO's page on the Harper's website. "We are a values-driven organization, working toward a single mission: “We inspire the world by meeting the needs of people with content that promotes biblical principles and honors Jesus Christ.”

The publishing company is a fully-owned subsidiary of News Corp, the company that also owns Fox News and formerly News International. Fox has had its own legal troubles over the years with sexual harassment, and News International was caught illegally hacking cellular phones in the U.K.

"During the litigation, a similar pattern of misconduct was revealed, with HarperCollins [Christian] allowing evidence to be destroyed and not disclosing the loss until compelled to do so," the release said. "The spoliation of emails that showed [the company's] fraud resulted in the court appointing a Special Master. The Court found that HarperCollins had a duty to preserve no later than April 18, 2011, but failed to meet minimum standards of diligence and competence; spoliated all the physical evidence of the product in question; negligently destroyed nearly 1.5 million messages; did not stop the purging of key business records until 2015 (three years after the lawsuit was filed, and four years after the duty to preserve was issued). The Court issued an adverse-inference charge against HarperCollins to the jury."

Chief Judge Crenshaw was presiding in the case and according to one person in the courtroom, remarked that the Christian company should be better.

"These same jurors also sent a loud and clear message that such egregious behavior by companies and their executives cannot be tolerated,” CEO Sasha Dobrovolsky said.

HarperCollins Christian's actions ultimately resulted in a $15 million judgment against the company for fraud and destruction of evidence.