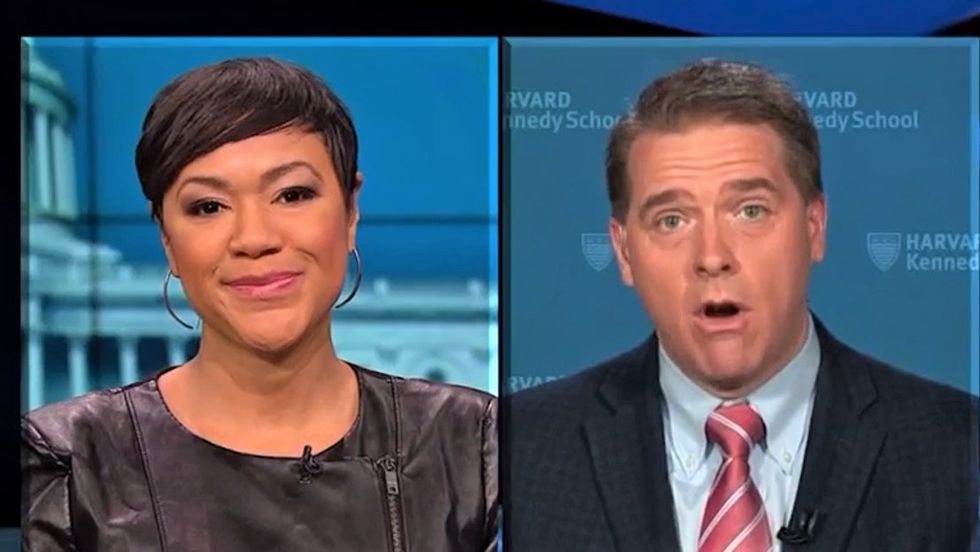 Trump supporter Scott Jennings stumbled badly on Wednesday when CNN guest Tiffany Cross shut down his argument that President Donald Trump's call to build a border wall has nothing to do with racism.

During a panel discussion on the bipartisan deal to keep the government open and provide additional border security funds, Jennings took issue with the notion that the president only wants a border wall to satisfy his racist supporters.

"This idea that border security is nothing more than keeping brown people out of the country, I think that is a terrible thing to say," Jennings complained. "Democrats have voted for barriers. The Border Patrol says they want barriers, and the president in the State of the Union said that he wants more legal immigration, in fact, more legal immigration than we've ever had in this country. I think that kind of rhetoric drives this debate into the ground!"

Cross then chimed in with a one-sentence reply.

"You should listen to some of the comments at those MAGA rallies," she said.

At this point, Jennings went briefly silent and stammered.

"I know what the president said at the State of the Union, he wants more legal immigration than we've ever had in this country," Jennings replied. "I take him at his word."

Cross at this point scoffed at him.