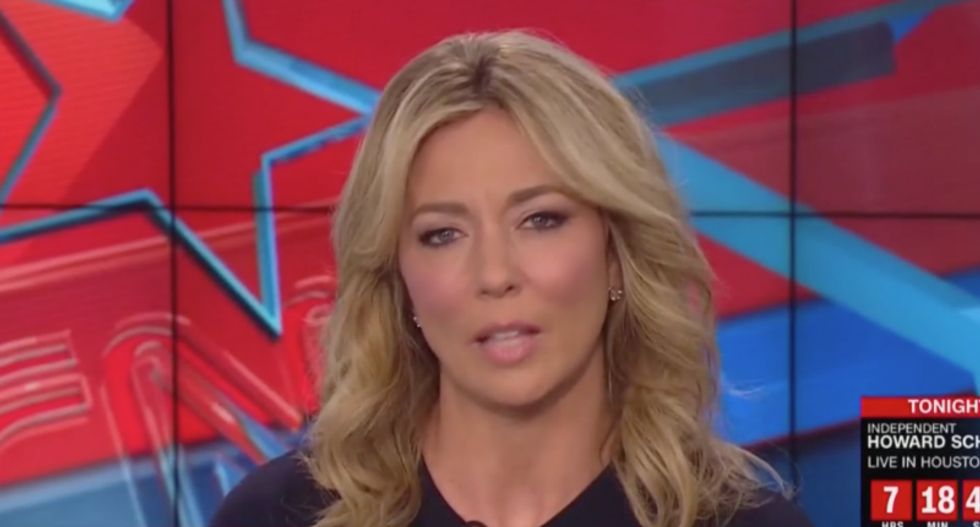 CNN's Brooke Baldwin broke down in tears on the air Tuesday, reading a Valentine's Day letter from the mother of a slain Parkland student a year after the massacre.

"I just want to take a minute to read a special letter, not just because Valentine's Day is Thursday, it's the same day as the Parkland shooting from a year ago," said Baldwin. "These words that I'm about to read are from Lori Alhadeff to her daughter Alyssa who was just 14 when her daughter was killed just one year ago." She added, with a deep sigh, that she would "try to get through this" but it was already obvious the host was deeply affected. Alhadeff wrote the letter for Dear World, a project of One World Strong, which seeks to provide support to "survivors of terrorism, hate crimes, or traumatic events."

"'Last Valentine's Day was the last time I saw you,'" Baldwin, getting about two sentences into the letter before she had to stop and compose herself. "'Valentine's Day is now about memories. Today like all days, I remember you." She stopped again and took a breath as her voice broke. "'I remember you weren't looking forward to going to school that day and like many 14-year-old girls you wanted a Valentine and were disappointed that you didn't have one.'"

Baldwin continued reading the letter in fits and starts, her voice breaking over and over, as she struggled to hold back tears.

"'High school love is magic. I was 14 once and those butterflies had whirled inside of me too. I wanted that for you,'" Baldwin went on. She stopped to tell viewers, "I want to get through this because these words matter."

"'A year has been a long time without you. So much has happened I want to tell you about,'" she continued. "'I talk to other moms who have lost children. We talk about you. We talk about our kids but when we look into each other's eyes we see it, a fire. I ran for the school board. I won. I screamed on national TV words of rage directed at the president. Dad fights for you every day. He is your voice.'"

"She goes on but I just want to include her closing," said Baldwin, who by that time was an emotional wreck. "'It's Valentine's Day. As I remember you, grief washes over me, but that grief emboldens me to fight for change. I wish I could take all the bullets for you.'"