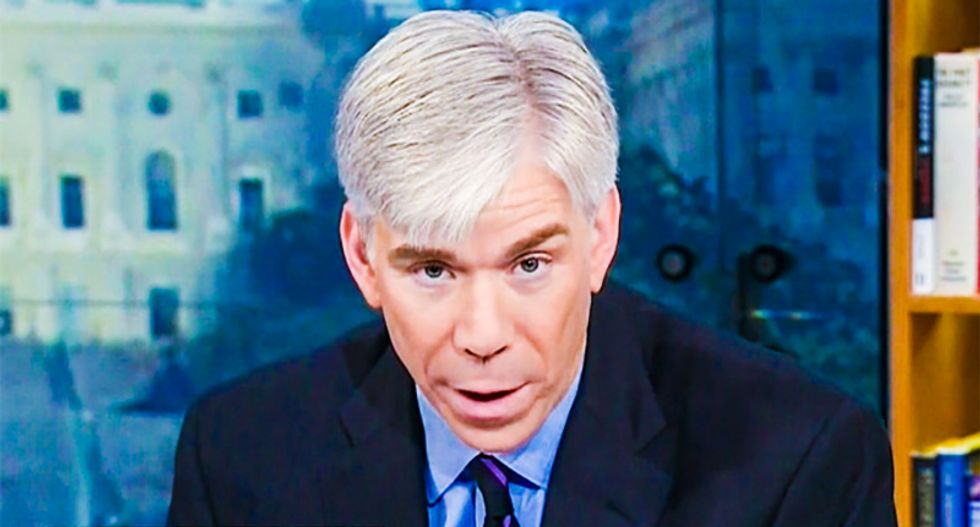 CNN's David Gregory on Tuesday mocked reports that President Donald Trump would call for bipartisan unity during his State of the Union address.

During a panel discussion on Trump's upcoming address, Gregory pointed out just how hollow Trump's calls for unity would be given that he is still lobbing insults at his opponents and telling outrageous lies about them.

"One of his biggest weaknesses is he's totally inconsistent, which is why I think these big moments have not been big for him, because he plays them small," Gregory explained. "He can talk about bipartisanship and areas where we can work together, but he's basically said that the Speaker sitting behind him is supportive of human trafficking because she won't give him money for a wall! It's just not serious!"

During his interview with CBS that aired over the weekend, Trump said that House Speaker Nancy Pelosi is "very bad for our country" and "doesn't mind human trafficking" because she refused to fund his proposed wall along the U.S.-Mexico border. The president then said that there are "people dying all over the country because of people like Nancy Pelosi."