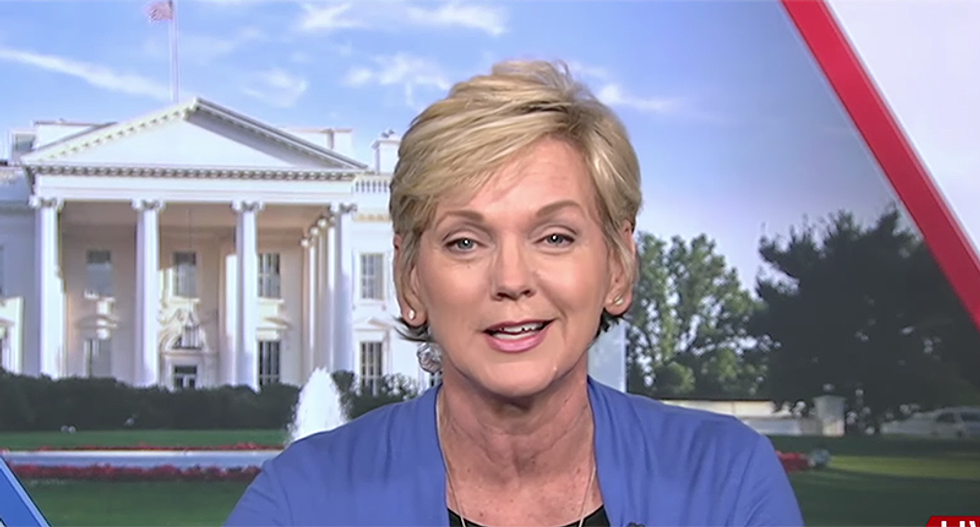 CNN's Jennifer Granholm had some choice words for Republican Senators Thursday on CNN.

Appearing on the cable network's Cuomo Prime Time, the political commentator, in a discussion on President Donald Trump's decision to announce a national emergency related to the southern border with Mexico, described 18 Senators from the right side of the aisle as "invertebrates" in a heated segment that also featured former GOP Senator Rick Santorum.

"There are 18 Republican members of the Senate alone who have expressed opposition to a national emergency declaration before the President declares it," she said. "You better believe that is a political jeopardy for someone like Susan Collins (R) in Maine...people who are gonna be up [for re-election] in 2020," she said of Republicans now potentially faced with supporting Trump’s ’emergency’ move.

Calling out those same Republicans, she mocked them as “invertebrates” who now need to stand up to Trump.