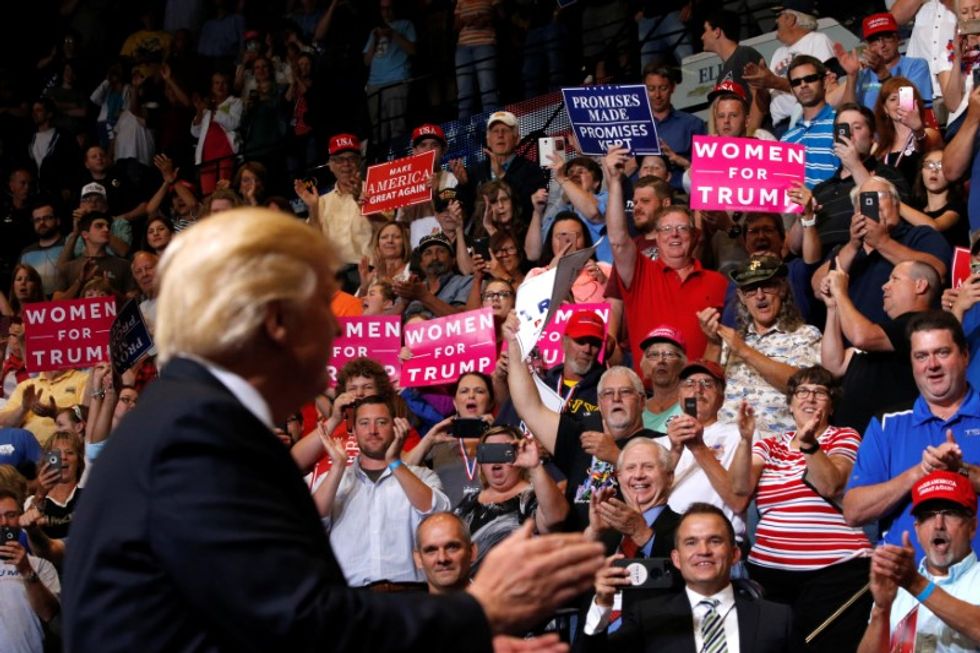 American Enterprise Institute scholar and author of Alienated America: Why Some Places Thrive While Others Collapse Tim Carney told MSNBC on Thursday that a major reason that voters elected Donald Trump president in 2016 was his response to their deep sense of alienation -- and that he could pull it off again in 2020.

Host Joe Scarborough kicked off the discussion by asking how it could be that many of the people who voted for Barack Obama twice turned around and elected Trump. The answer, Carney replied, was that both Trump and Bernie Sanders offered something the rest of the field could not.

Carney said that this deep sense of disconnection was behind many of America's problems of inequality, lack of social mobility, and growing poverty. Trump and Sanders, he added, were the only two candidates to respond to that.

"If you covered Bernie, you noticed so many people would say 'he empowers us, he's about revitalizing democracy.' That was one side of the effort to fix alienation," Carney said. "Trump came in with the other side saying 'I'm going to be the strong man who alone can solve your problems' even though the problems are rooted in a collapse at the local level of strong institutions of civil society."

"Facebook, our iPhones, they can drag us away, our nice air conditioned houses," he said. Roger Putnam points that out. "Also the shape of the modern economy can be alienating. It creates more big businesses, Wal-Mart and the strip mall, and fewer mom and pop shops where you might bump into your neighbor."

Carney worried that this growing sense of alienation would turn more voters "to a Donald Trump", which would do nothing but undermine the very institutions necessary to strengthen their communities.

Republican congressional candidate Derrick Van Orden accepted nearly $12,000 in campaign donations from Steve Wynn and his wife Andrea. Wynn, a Las Vegas casino mogul, stepped down from his company in 2018 after multiple women accused him of sexual harassment.

Van Orden, who is running for the second time in the now-open Third Congressional District, has himself faced accusations of sexual harassment in the past. In 2020, when Van Orden was running against incumbent Democratic Rep. Ron Kind, an episode from Van Orden's time in the military that he'd written about in his book was unearthed.