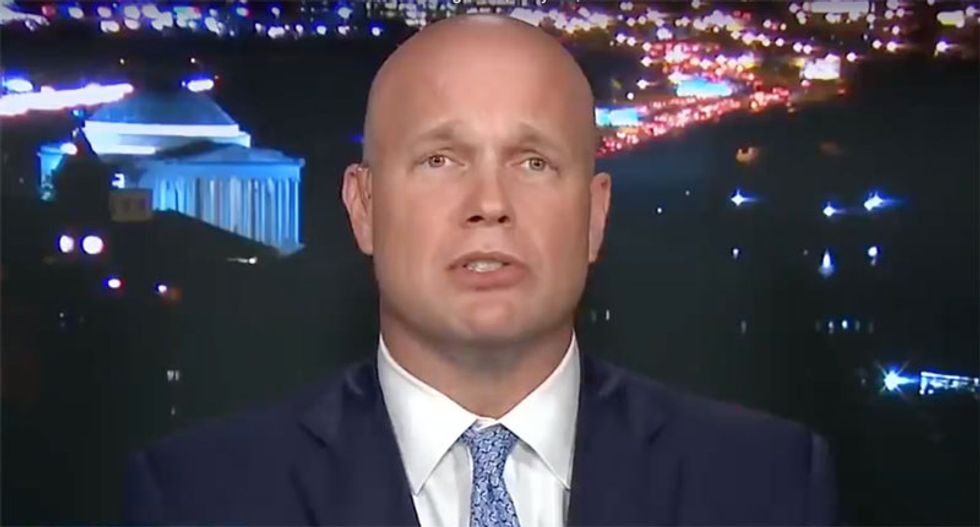 Acting Attorney General Matthew Whitaker was slammed in The Washington Post on Thursday for abruptly threatening to not attend his scheduled testimony before the House Judiciary Committee.

"The real issue here is Whitaker’s fear of appearing and being forced to answer questions under threat of congressional contempt, which could occur if he is under subpoena," Rubin explained.

She interviewed constitutional expert Laurence Tribe, who has taught at Harvard Law for 50 years and has argued three-dozen cases before the United States Supreme Court.

“This is outrageous,” Tribe said. “Whitaker seems to think he is entitled to dictate the terms on which he is invited to testify. He is not."

Rubin noted that we do not know why Whitaker is so scared.

"We don’t know why precisely Whitaker is panic-stricken over the prospect of testifying. He might be so unqualified and ignorant that he fears public humiliation," she noted. "He might have engaged in improper collaboration with Trump in trying to slow down the investigation or ferret out information helpful to Trump or Trump cronies."

But without knowing his exact motivations, Rubin was still able to come to a conclusion.

"Innocent men don’t behave in such a fashion," she noted.