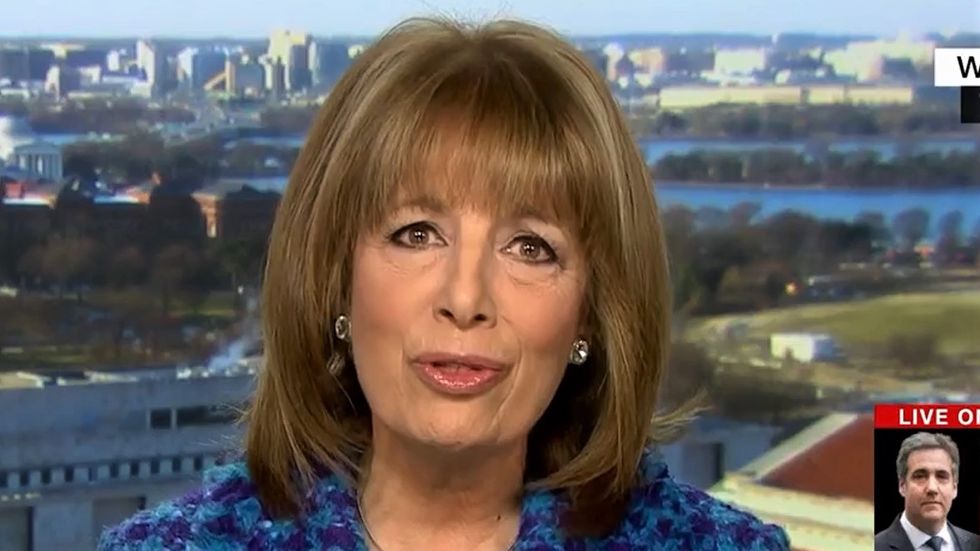 Rep. Jackie Speier (D-CA) went on CNN Wednesday morning and didn't mince any words about what she thought about some of the explosive allegations made by Cohen in his opening statement, including witnessing Trump and Roger Stone talking about future WikiLeaks email dumps in the summer of 2016.

"Donald Trump was aware, was informed, was engaged in this criminal conspiracy to rig the election on his behalf," she said. "And he did so in conjunction with the Russians."

CNN's John Berman then pressed Speier about whether she could really say that Trump had conspired with Russia, and she didn't back down.

"I think that what we will see is that the rigging took took place as a dance that went on between Russia, Donald Trump, his campaign, in terms of the use of the social media," she said. "All of these pieces are now coming together that have heretofore not been to us."

Speier went on to say that Cohen's testimony offers new avenues for congressional investigators to discover just what Trump and his campaign officials have lied about in terms of their dealings with Russian operatives.

"I think what we will find out there was a conspiracy to lie by a number of people associated with Donald Trump and his campaign," she said. "This is just the beginning of what I think is a very serious and probably impeachable offense."