Cubans go to the polls in high-stakes constitutional referendum 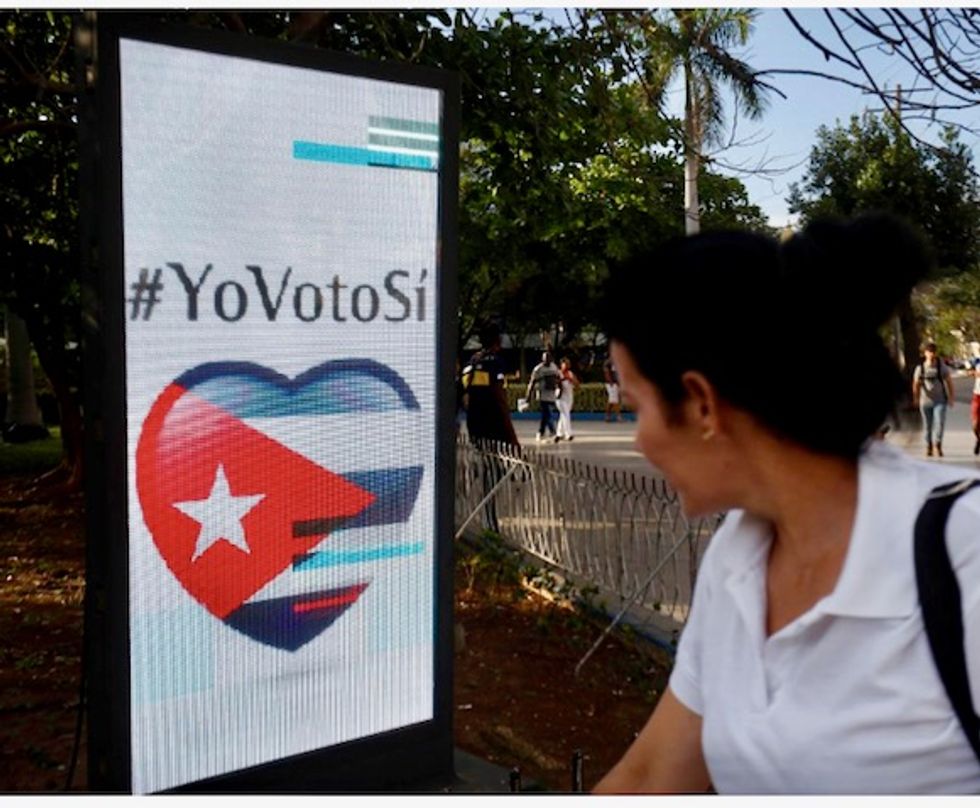 Cubans flocked to the polls on Sunday in a vote expected to approve a new constitution that institutes modest economic and social changes while maintaining the one-party socialist system.

Debate over the constitution has dominated politics in the country for months, even as it struggles with economic stagnation and as the deepening crisis in Venezuela brings its ally into the crosshairs of the U.S. President Donald Trump’s administration.

Many Cuban evangelicals were expected to vote against the proposal because they fear it opens the way for gay marriage while the Roman Catholic Church has also voiced criticism.

A campaign to reject the constitution because it entrenches Communism was launched on social media by dissidents and exiles.

“This 24th the Cuban people’s rejection of the system imposed by the Communist party will be felt,” Rosa Maria Paya, leader of the Cubadecide organization of government opponents inside and outside of Cuba, wrote on Twitter.

The government orchestrated a grass roots debate on a draft of the new constitution last year, but since it approved a final version for Sunday’s vote it has used its monopoly of traditional media and public spaces to press for approval.

Foreign and local observers said they expect between 70 percent and 80 percent of voters to ratify the new constitution and a greater number of no votes and abstentions among the country’s 8 million registered voters.

The current 1976 version of the constitution was approved by 97.8 percent of the electorate.

“Cubans had the opportunity to debate the constitution in their neighborhoods and workplaces,” Lazaro Rodriguez, 58, said as he shopped in a Havana produce market.

“It updates our economic system, which is not very good, but we are trying to modernize and that is very positive,” he said, adding that he would vote yes.

The proposed changes reflect the gradual opening of Cuba since the fall of its former benefactor, the Soviet Union.

There are references to markets and recognition of private property, foreign investment, small businesses, gender identity, the internet, the right to legal representation upon arrest and habeas corpus.

The new constitution would also restructure government, adding a prime minister and setting term limits for the president, among other changes.

Results will be announced on Monday.