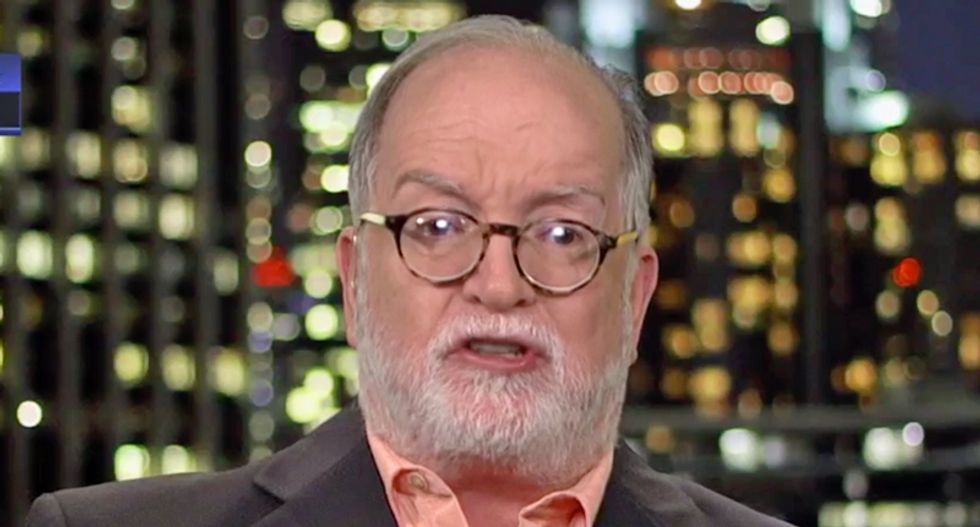 The explosive allegations by Jeff Bezos that he was "blackmailed and extorted" by the National Enquirer to kill a Washington Post investigation is not going to end well for owner David Pecker, a longtime employee explained Thursday on MSNBC's "The Last Word" with Lawrence O'Donnell.

The host was joined by Jerry George, who spent 28-years at the National Enquirer, including working as the tabloid's Los Angeles bureau chief.

"Has David Pecker ever been up against anyone like Jeff Bezos before?" O'Donnell asked.

"No. I think for the first time, David Pecker has met his match," George replied.

"We have finally gone through the looking glass and we are way beyond yellow journalism -- we are now in the area of the RICO Act," he explained, referring to the Racketeer Influenced and Corrupt Organizations Act, which federal prosecutors use to combat organized crime.

"This is extortion," George concluded.

"Knowing David Pecker and knowing the company and the way they operate -- they're in need of money, they're in need of financing, they're looking for Saudi financing -- what would they be willing to do to try to help the Saudis in terms of their coverage in, say, The Washington Post?" O'Donnell asked.

"Well, I mentioned earlier that the special issue that they had in the spring touting Saudi as the new magic kingdom was suspicious in itself in that three months later they acquired enough money to procure their biggest competitor," he explained.