Democrats attack DeVos after her department aides tried to kill internal investigation into her actions: report 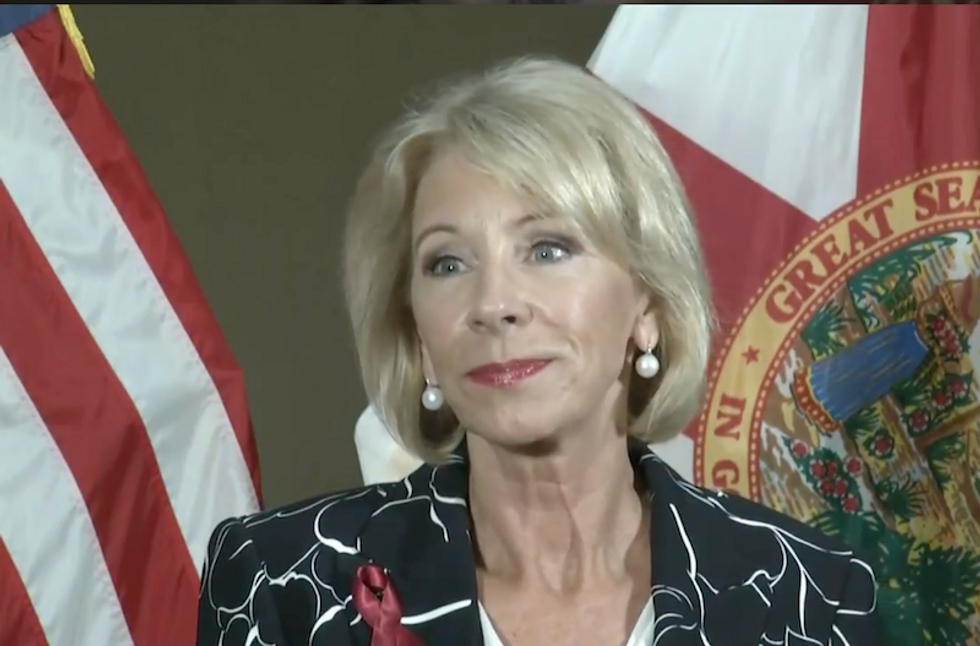 Democrats say they have evidence that a senior official at the Department of Education tried to get rid of the department’s independent watchdog after she pushed back on an attempt to interfere in an active investigation of Secretary Betsy DeVos, according to a new report by NBC News.

Multiple Democratic Congressmen from both the House and Senate fired off a letter to DeVos on Tuesday, alleging that the effort to replace the department’s acting inspector general, Sandra Bruce, was because of her duties overseeing the probe of DeVos’ decision to reinstate ACICS, an accreditor that had been stripped of its certification by the Obama administration.

"We have now received correspondence between the Department and the (Office of Inspector General) that reveals troubling efforts by the Department to influence the ACICS investigation," House Education and Labor Committee Chairman Bobby Scott, D-Va., wrote to DeVos on the letter.

However, the Department of Education is refuting the claims made by Democrats.

She went on to say that “the Department of Education, under Secretary DeVos’s leadership, would never seek to undermine the independence of the Inspector General…for anyone to insinuate otherwise is doing so with no basis in fact and purely for political gain.”