Dinosaur that defended itself with spiny backbone found in Patagonia 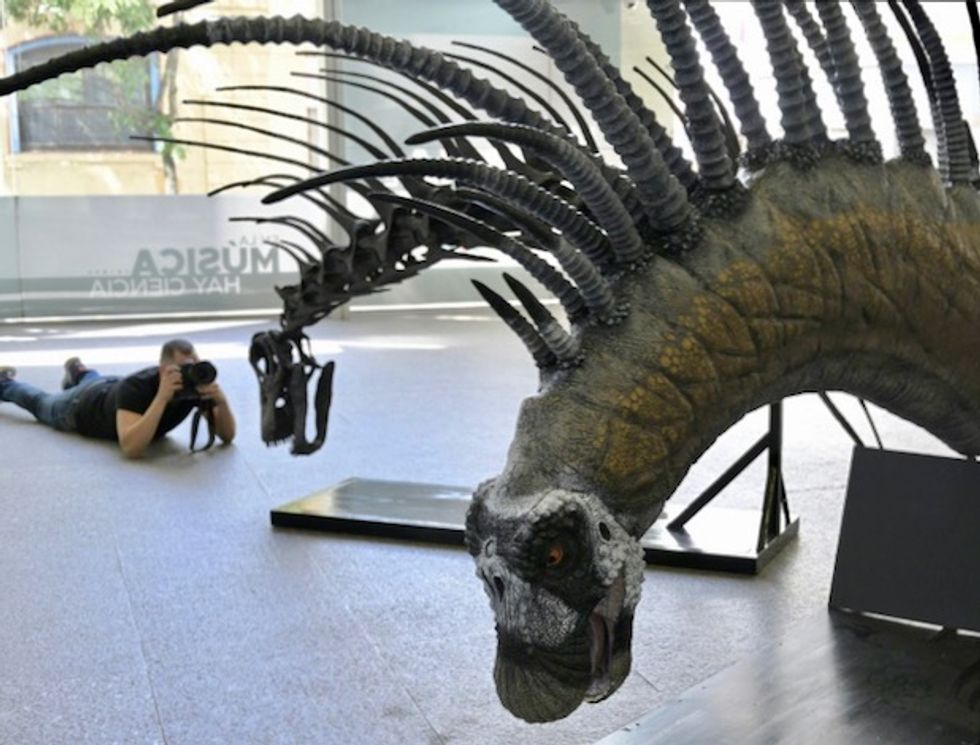 A herbivorous dinosaur that fended off predators with a row of spines running along its back and lived 140 million years ago has been found in Argentine Patagonia.

The discovery of the new species of dicraeosauridae, christened Bajadasaurus pronuspinax, was revealed in scientific journal Nature.

A reproduction of its spiny neck was exhibited in the Cultural Science Center in Buenos Aires.

"We believe that the long and sharp spines -- very long and thin -- on the neck and back of Bajadasaurus and Amargasaurus cazaui (another dicraeosauridae) must have been to deter possible predators," said Pablo Gallina, an assistant researcher at the state council of scientific and technical investigations (CONICET) and Maimonides University.

"We think that had they been just bare bone structures or covered only by skin, they could have been easily broken or fractured with a blow or when being attacked by other animals," he added.

"These spines must have been covered by a keratin sheath similar to what happens in the horns of many mammals."

Amargasaurus cazaui lived in the South American continent around 15 million years after Bajadasaurus and both species were found in the Neuquen province around 1,120 miles (1,800 kilometers) south of Buenos Aires.

It's the same zone in which Giganotosaurus carolinii, considered the biggest carnivorous dinosaur of all time, was discovered in 1993.

It lived during the late Cretaceous period and could have fed on Bajadasaurus.

CONICET said in a statement the spines could have been used to regulate the dinosaur's temperature or even to render it more sexually attractive to a potential mate.

It said Bajadasaurus could have had a fleshy hump between the spines that served a similar role to that of a camel.

The Bajadasaurus skull is the best preserved example of a dicraeosauridae ever found.

"Studies suggest this animal spent much of its time feeding on ground plants while its eye sockets, close to the top of its skull, allowed it to key an eye on what was happening around it," said CONICET.