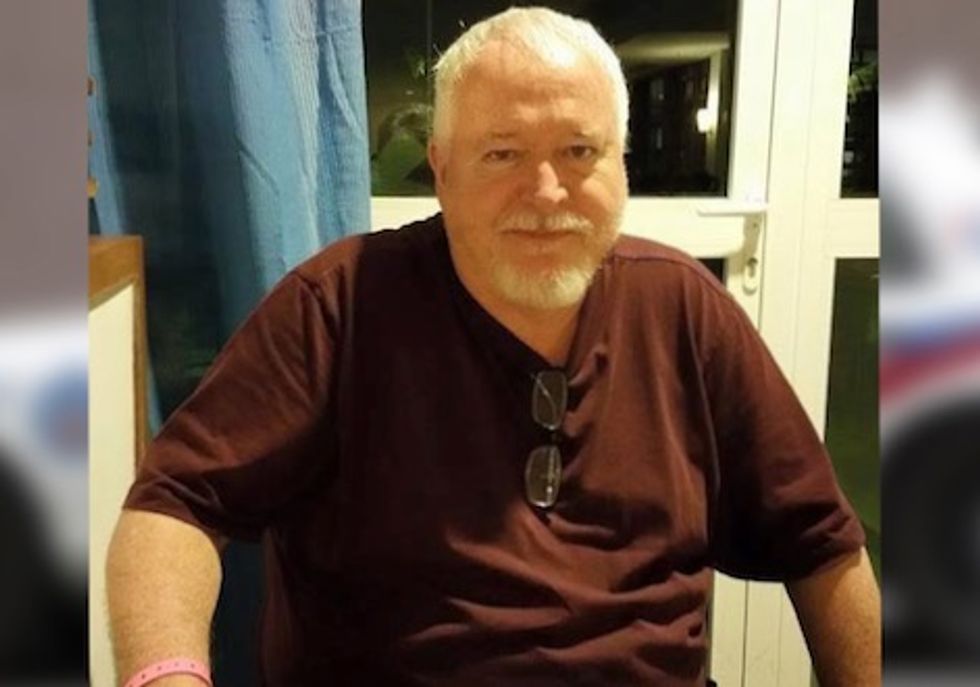 A Canadian landscaper was jailed for life Friday for the murder and sexual mutilation of eight men from Toronto's gay community whose bodies he dismembered and hid in planters.

Bruce McArthur, who admitted to the killings last month, will be in his 90s before he is eligible for parole from eight concurrent 25-year sentences.

The Toronto serial killings shocked Canada and its gay community, with mayor John Tory calling McArthur "a monster who preyed on the city."

The 67-year-old killer sat quietly hunched over, hands folded in his lap, as a row of police detectives -- whose investigation unfolded over the course of last year to become Toronto's largest ever -- watched from a row of seats directly behind him.

McArthur's victims were a former lover, two Afghan immigrants, two refugees from Sri Lanka and another from Iran, a Turkish national, and a homeless sex worker. All went missing between 2010 and 2017.

The judge noted that McArthur had shown no remorse for having preyed on vulnerable men on the margins of society, some of whom were struggling with drug addictions and their hidden sexuality.

"The ability to decapitate, dismember his victims and do it repeatedly, is pure evil," he said.

When police raided the killer's apartment in January 2018, they found a young man bound to a bed but unharmed who may well have become the ninth victim, the judge added.

The investigation would later take police to dozens of properties where McArthur worked, to be excavated in search of evidence.

Several members of the gay community told reporters outside the courthouse they were disappointed McArthur did not receive a harsher penalty, while others accepted that he would likely die behind bars.

The prosecution had asked for a minimum 50-year prison term.

This "horrific" case, one man said, has left the close-knit Toronto gay community gripped by "despair and fear."

The court heard that McArthur strangled his victims, and that the murders were "sexual in nature."

Body parts of seven victims were found hidden inside large planters that McArthur stored at a client's home in midtown Toronto. The remains of an eighth victim were later discovered in a ravine behind the property.

Karen Fraser, the owner of the home, who had casually met two of the victims, has said she is "haunted" by the case.

McArthur first came under suspicion in September 2017 in connection with the disappearance of his lover Andrew Kinsman, but police at first rejected suggestions that a serial killer was prowling Toronto's Gay Village neighborhood.

At a press conference, lead investigator Detective Hank Idsinga said the Kinsman murder hadn't fit the profile of McArthur's other victims, and this led to his capture.

While investigating his disappearance, police obtained video surveillance footage of Kinsman getting into McArthur's van, where a murder weapon would be found.

Authorities also located a calendar belonging to Kinsman which had the entry "Bruce" on the day in June 2017 that he went missing. This would become "a big piece of the evidence," Idsinga said. "In hindsight, (Kinsmen) left the name of his killer on his calendar."

In January 2018, police moved to arrest McArthur after seeing a young man enter his home. On his computer they would uncover an empty digital folder with his first name -- "John" -- akin to others created for each of his victims to store images.

Prosecutors said McArthur snapped photos of the men before and after killing them, staging their corpses in poses, for example, lying on a fur coat, with an unlit cigar in their mouth, and their eyes taped open.

He also kept mementos such as jewelry and a notebook, according to an agreed statement of fact.

The court document said police uncovered a duffle bag containing duct tape, a surgical glove, rope, zip ties, a bungee cord, and syringes -- evidence pointing to some of the victims being tied up, confined and sexually assaulted prior to their deaths.

McArthur had not acknowledged his sexual orientation until he was in his 40s. He suddenly left his wife and two children and moved to Toronto in 1997, where he became well known within the gay community.

A psychiatric assessment after his first run-in with the law in 2001 -- for beating a male prostitute with a metal pipe, for which he served no time in prison -- said he likely harbored "underlying resentments" but concluded that he was not dangerous.