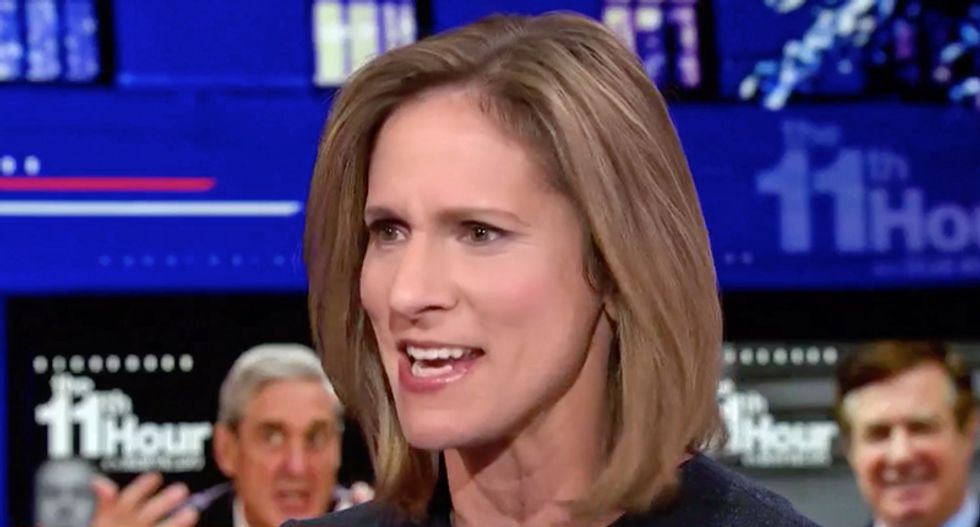 Former federal prosecutor Mimi Rocah explains why she has concluded that former Donald Trump campaign chairman Paul Manafort conspired with Russians in the 2016 presidential campaign during a Wednesday appearance on MSNBC's "The 11th Hour" with Brian Williams.

"Prison can be a rough environment, especially if you are not used to it," Williams noted. "But I also know that there is nothing feds like less than entering a deal with someone who goes back on that deal. So this can be an ineffective death sentence for him."

"Absolutely," Rocah replied. "Prosecutors don't tear up cooperation agreements lightly, it's something that they do when they think the lying has been intentional, significant, material, serious."

"I just want to point out, what did he lie about," she explained. "It seems like specifically he was lying about the fact that they were continuing to discuss this Ukrainian peace plan -- which is really just another way of saying sanctions relief, we can just fit that in there -- even while he was Trump's campaign adviser and for several meetings afterwards."

"So that's one of the core pieces that he lied about and the other piece, it seems, is about the transferring of this poll data," she continued.

"So the two pieces we have all been talking about -- relief from sanctions and Russian interference in the election -- those are the two things that he lied about," Rocah noted. "And that just sends off red flashing signals and I really think it's almost beyond a doubt in my mind that Manafort conspired and the Russians."