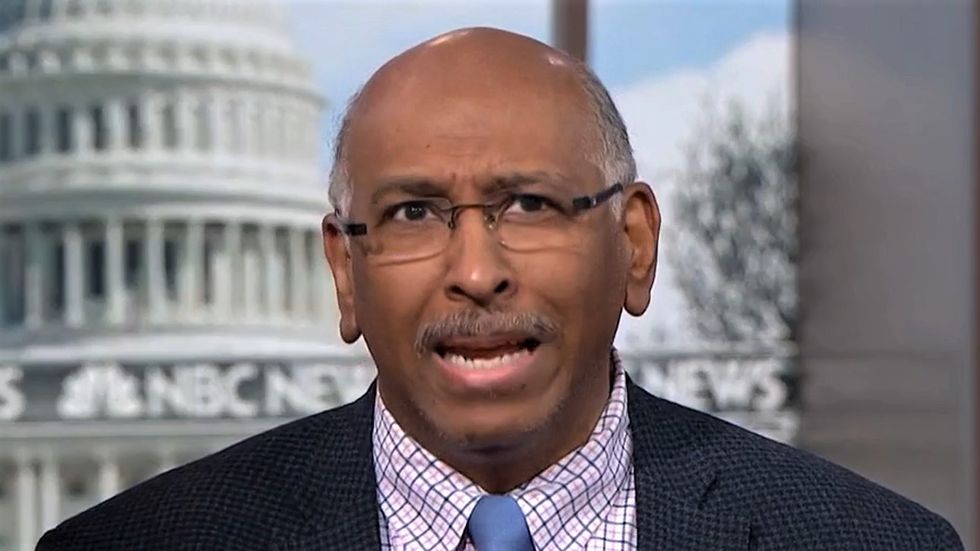 Former Republican National Committee chairman Michael Steele on Friday dropped a massive rant against his own party for meekly going along with President Donald Trump's plan to declare a national emergency to secure his funding for a wall along the U.S.-Mexico border.

After watching a clip of House Speaker Nancy Pelosi (D-CA) arguing that a future Democratic president could declare a national emergency on gun violence as a pretext for seizing firearms, Steele went off on his party for abandoning their traditional role as a check and balance on the executive branch.

"It will come back in ways that this party will rue for a generation," he said. "It is a short-term political gain. It is a pathetic display of feckless leadership. I mean, how ridiculous is that -- you can't even do feckless leadership well when you give into the president this way! When you cede authority that is duly given to the Congress under the Constitution... all because we just don't know what to do."

Steele then said the GOP is "flummoxed" and shown that it has "no idea how to rein in or control [Trump's] crazy."

Despite this, Steele predicted that courts would uphold Trump's rights to declare a national emergency -- and that the GOP would pay dearly for it the next time there's a Democratic president.