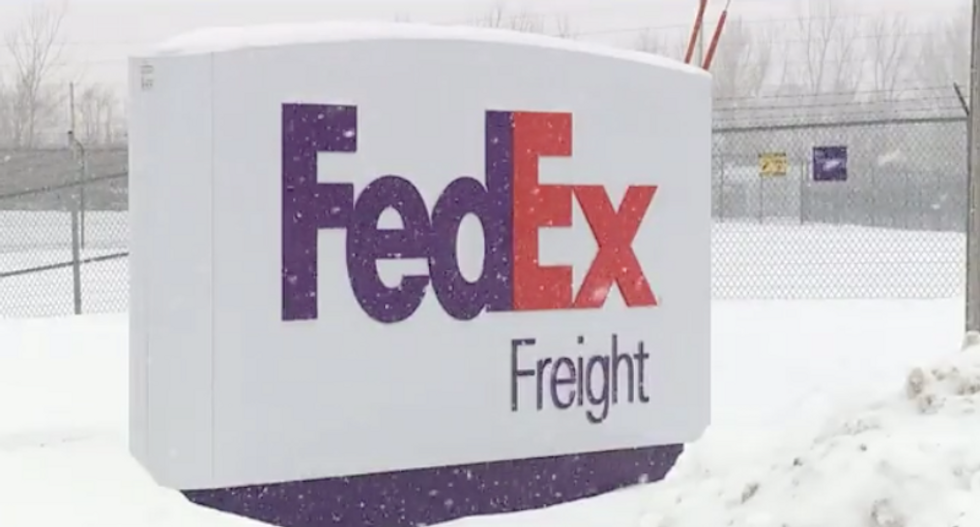 A FedEx worker was found dead in the bitter cold outside an Illinois delivery hub.

The 69-year-old victim's body was discovered by another employee about 9:30 a.m. Thursday morning between two semi-trailers outside the East Moline freight facility, reported WQAD-TV.

The Rock Island County coroner said the cause of death is not yet known, but an autopsy is scheduled for Monday, and foul play was not expected.

Temperatures across the Midwest dropped well below zero, with wind chills as low as minus-70 degrees Fahrenheit.

Investigators said the cold likely played a role in the FedEx worker's death.