'This is fiction!’ Dem strikes back at Liz Cheney after she bizarrely claims Green New Deal will ‘outlaw plane travel’ 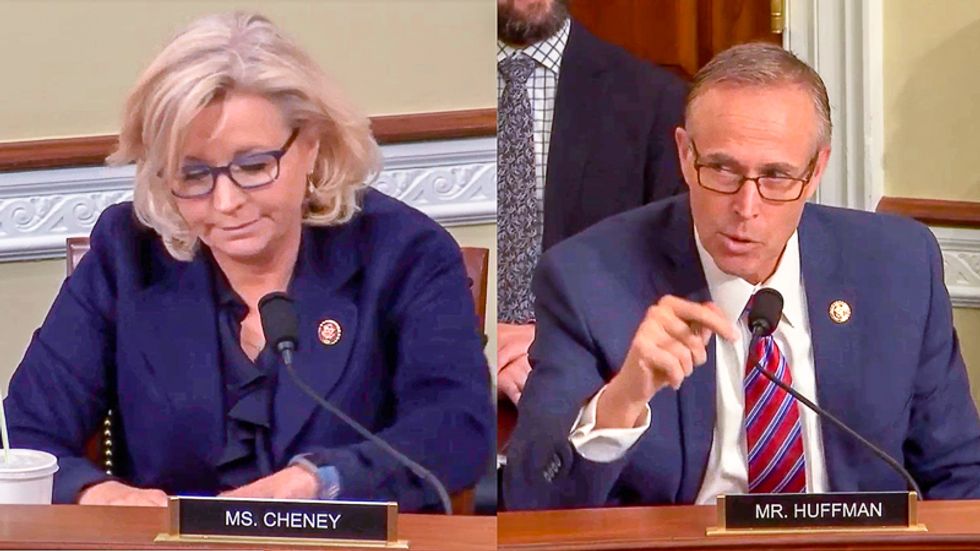 At a U.S. House hearing for the Subcommittee on Energy and Mineral Resources, Cheney began her time with the assertion that all air travel will eventually be banned if Democrats are allowed to pass their Green New Deal proposal to combat climate change.

"I have to say that one of the issues that people are particularly concerned about is the extent to which we are no longer going to have air travel apparently," Cheney opined.

The Wyoming Republican went on to ask one of the witnesses "how we will do that gradually."

"I assume over the course of the 10 years, we would someone gradually work our way out of air travel," Cheney said. "And it would have to also involve some sort of prioritization."

After the witness explained that she was not a sponsor of the Green New Deal, Cheney continued to question other witnesses about air travel.

"I guess we're going to set up a situation where the FAA can then tell individual citizens which of their air travel is worthy and is important and which isn't," Cheney stated. "I guess we would have a situation where the FAA could say, for example, 'You know what, vacation travel, that's not essential. We've got to make sure that we can do the air travel for the people who really need it. So no vacation travel.'"

"Would you say we're going to have some sort of vacation commissar set up in the government?" the congresswoman asked the witness.

But the witness said that she was not qualified to answer questions on air travel.

"This is fiction!" Huffman exclaimed.

Cheney refused to yield the floor.

"I think it's going to be crucial for us to understand and recognize that when we outlaw plane travel, we outlaw gasoline, we outlaw cars -- I think probably the entire U.S. military because of the Green New Deal," Cheney ranted, "that we are able to explain to our constituents and to people all across this country what that really means."

"I assume that means that our colleagues from California are going to be riding their bicycles back home," she said.

At the conclusion of Cheney's remarks, Huffman was given a minute to respond.

"It's not really enough time to fact check what we just heard," the Missouri Democrat explained. "Which was a line of questioning based on absolute hooey."

"The notion that any of us that are supporting the actual resolution -- which you need to read -- want to ban all air travel, that's crazy," Huffman insisted. "That's absolutely crazy. None of us want to do that."

Huffman concluded: "This type of questioning is so disingenuous and so completely disconnected from anything factual that there ought to be a mechanism to strike it from the record."

Watch the video below from the U.S. House.