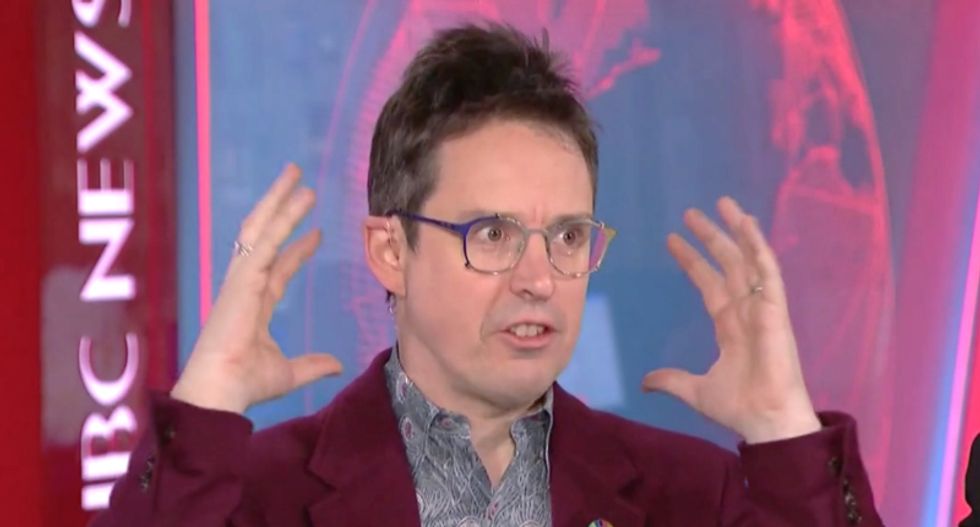 Host Stephanie Ruhle brought up the president's insistence that his tax cut will generate enough economic growth to pay for itself. "We know it takes time for that to happen," she said. "But why aren't we seeing it yet?"

"Because it's not going to happen," replied Salmon as Ruhle groaned audibly. "No one believed that when they insisted it. No one believes it now."

"That's not true," she shot back sarcastically. "Republicans did."

"We have seen actually that national debt increasing much faster than even the pessimists thought it would when the tax cut was passed," Salmon continued, pointing to "massively" slower corporate earnings. "All of this amazing new growth we were promised from the tax cuts isn't happening. It's like a single one-shot sugar high which increases the debt in perpetuity without really giving us anything sustainable."

"The CBO is saying the deficit will keep rising topping $1 trillion annually beginning in 2022," Ruhle said to fellow panelist and former investment banker William Cohan. "Do you see any evidence that the tax cuts are going to pay for themselves?"

"There's certainly no evidence yet," said Cohan, who added that he agreed with Salmon's pessimistic take. "This was a president who as candidate said he was going to eliminate the national debt and in fact, he's done pretty much just the opposite going from $19 to $22 trillion in record time, trillion dollar budget deficits." He added that United States is "awash is debt", citing trillion in student loans, credit card debt, and auto loans. The country was so saddled with debt, Cohan added, that "a serious problem in the near term" was inevitable.