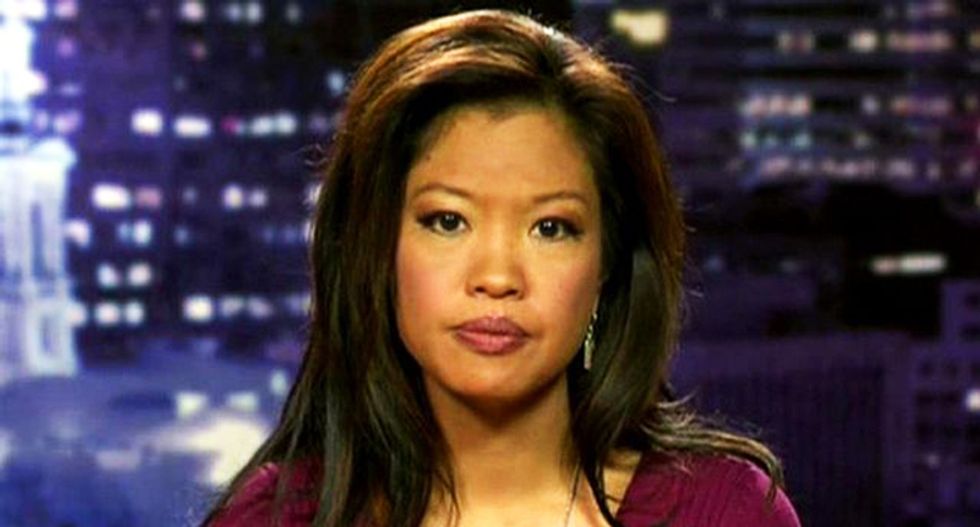 Since at least December, there has only been one way that the ongoing fight over the border wall was going to end: Congress denies Donald Trump the funding, Trump pretends that he won and that the wall is actually being built, and his followers pretend to believe him.

On Thursday afternoon, Senate Majority Leader Mitch McConnell announced that Trump would accept a spending bill that doesn't have money for the border wall. Trump will declare a "national emergency" to build the wall, but there's good reason to believe that such a move is only meant to waste taxpayer money and bamboozle his followers. That serious-sounding declaration will likely be tied up in court until Trump is out of office and a new president decides there was never any emergency after all.

Everything that's happened — the government shutdown, the racist State of the Union address, Trump's mean-spirited rally in El Paso — have amounted to pathetic attempts to delay the inevitable. The main reason for all this drama? It all comes back to the simple fact that Fox News controls the president.

As I detailed last month, the main reason Trump doesn't seem to be able to move onto Border Wall Phase II — where he pivots to pretending the wall is being built, while we all know it's not — is that the folks at Fox News, usually so happy to spread Trump's lies, weren't playing along this time. Congressional Republicans would reach a compromise with Democrats involving a modest amount of border-security funding Trump could pass off as " building the wall," and pundits like Ann Coulter, Sean Hannity and Lou Dobbs would go ballistic, pressuring Trump to reject compromise. He would meekly do what the talking heads told him.

But with another potential shutdown looming if Trump doesn't sign a bill that has significantly less border security funding than the last bill he rejected, it's looks like the folks at Fox News and right-wing media in general are relenting, and will allow Trump to move on to Build the Wall Phase II: Declare Victory in Defeat.

Angelo Carusone of Media Matters explained on MSNBC on Wednesday night that there are "major differences" in the conservative media's approach to the latest deal reached by Congress, compared to the one he rejected just before the shutdown: "The one thing they all agree on is that Donald Trump should sign it."

Tuesday night, the caving was most visible on Hannity's show, where the Fox News host often deemed the "shadow chief of staff" switched from angrily denouncing the compromise as "garbage" to saying he's "not as concerned as some other conservatives if the president signs the bill".

On Tuesday, the hosts of "Fox & Friends," which counts Trump as a loyal viewer during his many hours of daily "executive time," tried to spin the deal — which again, offers Trump much more meager funding than the one he previously rejected — as "a big step" and suggesting that "Trump has something up his sleeve" to get the wall built.

On his influential radio show, Rush Limbaugh was furiously spinning the same yarn on Tuesday, saying that Trump "can portray it as a win" because he can claim this "solidifies and cements that effort as being taken and underway" to build the wall.

Michelle Malkin, on Fox News, took it a step further during a daytime segment Thursday, arguing that "the shutdown actually produced the results that [Trump] wanted because he raised awareness" of his utterly false claim that immigration and racial diversity is the source of crime.

The New York Times reports that White House officials spent the week calling right-wing pundits like Hannity and Dobbs and basically begging them to let Trump sign this bill, instead of continuing to exploit the president's narcissism and insecurity to manipulate him into yet another politically damaging government shutdown.

No doubt a number of liberal observers will feel frustration when Trump declares victory, as he will surely do, after being soundly defeated in this shutdown fight. The ease with which he lies, especially when bragging about his supposed greatness, is undeniably maddening, and the irritation is compounded by watching right-wing propaganda outlets play along.

But ultimately, Trump's face-saving lie is a fair sight better than the current situation of nonstop lies demonizing immigrants as criminals and characterizing border communities as dangerous hellholess.

"The rhetoric needs to stop," Miguel Levario, a historian at Texas Tech University who writes about the U.S.-Mexico borderlands, said in a video interview with Salon. He denounced politicians like Trump who have "never set foot in the border, or if they have, it's been for a photo opportunity" and who treat "Latinos, specifically those of Mexican descent" as "the enemy of the people" instead of "integral parts of our communities and our society." Watch my full "Salon Talks" conversation with Levario here.

Trump and his propagandists are insisting that the fight isn't over and that this is just the beginning. There's good reason to believe that's just face-saving rhetoric and that this deal will lead Trump, for a while, to dial down the racist demagoguery. Sadly, there's little chance he will drop it completely. That's because this border wall fight is increasingly looking like a big-time political loser for a president whose main motivations are to rile up his base and distract the media from his multitude of corruption scandals.

Every move Trump has made to shore up support for building the border wall, or for shutting down the government to do it, has failed. His Oval Office address to justify it went over like a lead balloon. His State of the Union address meant to scare Americans into backing the wall didn't move the needle and was largely upstaged by the wardrobe choices and clap-backs of female Democrats. His effort to hold a rally in El Paso, to build support for the wall was once again upstaged, this time by former Rep. Beto O'Rourke and the people of the city itself.

Even an egotist like Trump has to grasp, at a certain point, that he's in a hellish loop of self-ownage.

Yes, there has been a slight uptick in support for building the border wall in recent polling, but there's no real reason — despite months of heavy Republican marketing efforts — to think that voters are really invested in it. Instead, the "wall" remains an abstraction, something Trump voters feel they have to support for tribalistic reasons. It "wall" has never had any real value, other than as a weapon to own the libs. If the White House decided to move to another station of the culture war, Trump's base will happily go along and pretend the "wall" never happened.

In fact, there are signs that the White House is looking to pivot from hating immigrants to hating women, in a new bid to energize to the base energized. (The option of embracing something other than hate to motivate the troops is clearly too ridiculous for consideration.)

On Wednesday, Politico ran a story that argues, with no apparent sense of irony, that "people close to Trump say that he has developed an increasingly sincere passion" against abortion rights. The supposed evidence for this was Trump trolling Sen. Chris Coons, D-Del., for his pro-choice views at last week's National Prayer Breakfast.

"'He was in [Coons'] face about it,' said one person familiar with the exchange," the article reads. "The person described Trump as extremely 'worked up.'"

It's not likely that the thrice-married repeat adulterer has suddenly become pious in his old age, of course, and even less likely that anyone sincerely believes that. What seems more likely is this story was placed in Politico by White House aides who realize that the border wall is a losing issue and have decided to shift to that good old right-wing standby, abortion, in order to pep up the base.

But with 70 percent of Americans, and even 52 percent of Republicans, telling pollsters they support Roe v. Wade, it seems improbable that abortion can become be the winning issue that Trump's administration hopes for. But it's also a sign of how few options the White House have, now that the whole border wall project has gone bust. No wonder Donald Trump, an unpleasant person on his best day ever, is acting even grumpier than usual.