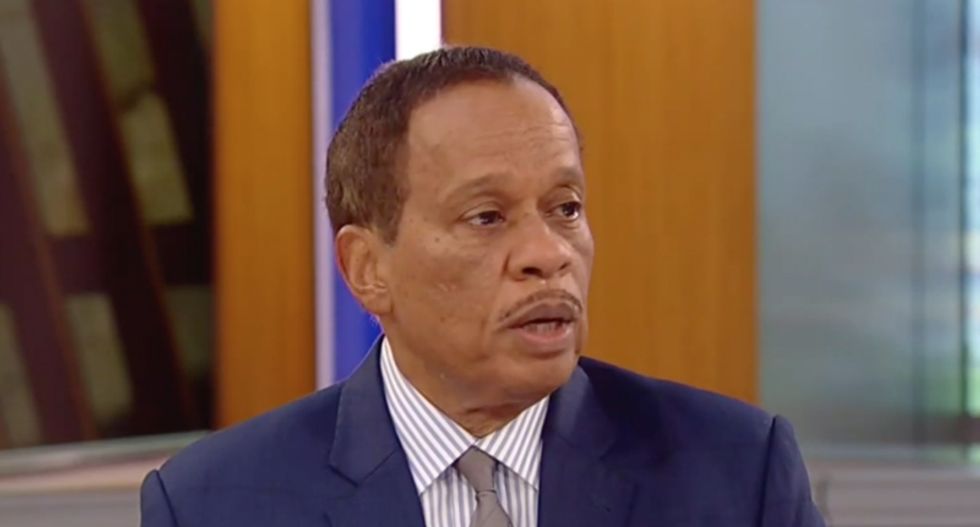 "I think it was in the midst of the shutdown the president said 'unless you give me a wall, nothing,'" Williams laughed. "Talk about someone who wants to decide the Super Bowl before you play."

"Yesterday he told The New York Times they're already building the wall," Williams continued. "He said we already have money for the wall. Is this guy in touch with reality?"

Ed Henry then stepped up and tried to equate repairs to existing border structures to new construction. Williams wasn't having it.

"They're rebuilding things that preexist. There is no new money or wall being built," he said. "The facts are just not right."

"A week and a half or two weeks ago [Trump] said 'I'm willing to do something on DACA which Democrats have been saying for years," Henry insisted as Williams began giggling. "Why are you laughing?"

"Because a year ago the Republicans and Democrats had a deal that included DACA, included a wall and president Trump and his side said no deal," Williams said, and slammed Henry's efforts to change the subject. "Don't come back and say 'every time I shift the goalpost, it's cool' but every time the Democrats do it, they're devils"