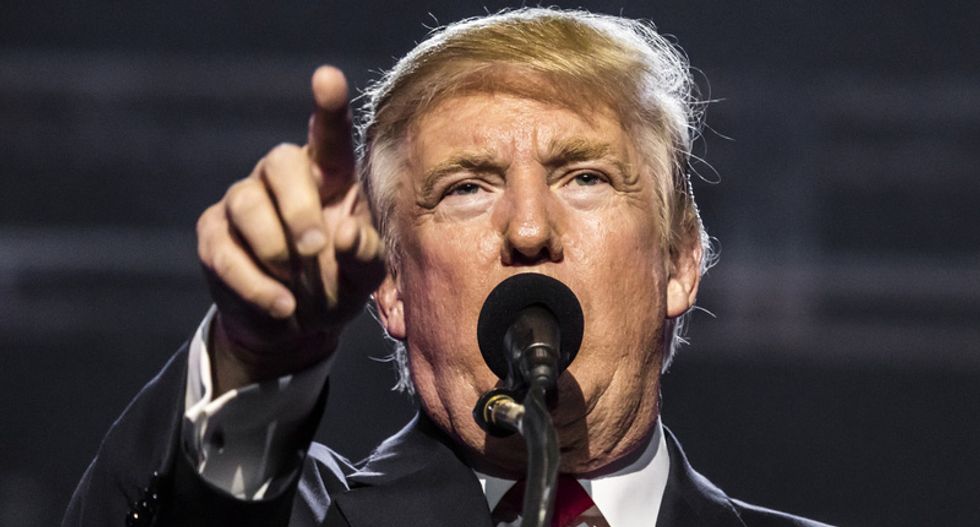 President Donald Trump closed Presidents Day weekend with a repeat performance of his late Sunday night into early Monday morning tweetstorm. For the second night in a row the President was up late Monday launching angry – and this time, juvenile – tweets, attacking his favorite targets: the Mueller investigation, former Acting FBI Director Andrew McCabe, and, as usual, the media.

“The biggest abuse of power and corruption scandal in our history, and it’s much worse than we thought. Andrew McCa… https://t.co/epia7ZUKWN
— Donald J. Trump (@Donald J. Trump) 1550544839.0

Trump was clearly watching Fox News' Sean Hannity when he tweeted that attack, and clearly he liked the "lying & leaking" part because about 30 minutes later, this juvenile attack:

Less than nine hours later, Trump was back with the attacks, again, quoting Fox News:

And then, minutes later, the media:

And then, the Democrats. Trump has literally no idea how the U.S. court system works. He thinks California has the option of filing a lawsuit in, say, Maine. They don't. The 9th Circuit has jurisdiction over California, but Trump doesn't understand that, so he displays his ignorance time and time again. But he's also wrong: it's 16 states, not cities, led by California.

"As I predicted, 16 cities, led mostly by Open Border Democrats and the Radical Left, have filed a lawsuit in, of course, the 9th Circuit! California, the state that has wasted billions of dollars on their out of control Fast Train, with no hope of completion, seems in charge!"

All in all, 10 tweets in 10 hours, including, quite ironically – and an amazing self-own – this: