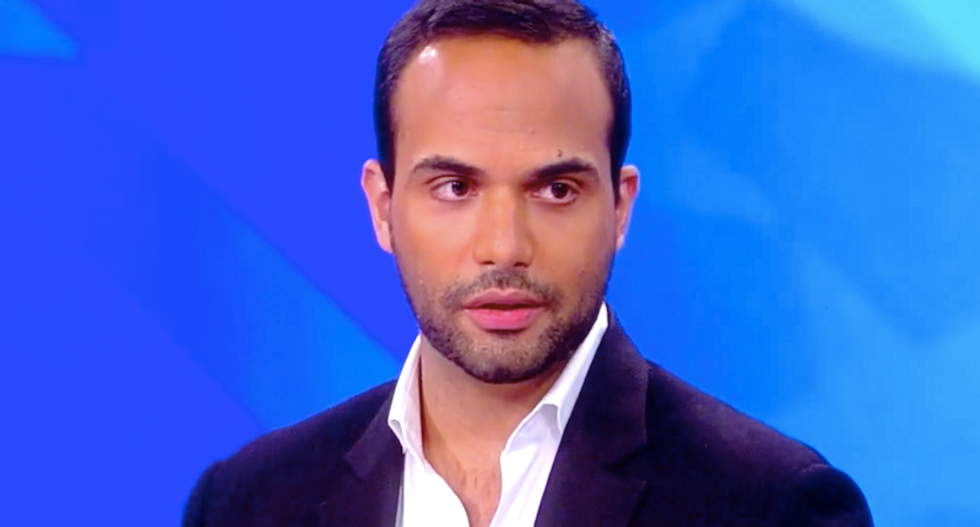 Onetime Trump campaign aide George Papadopoulos is releasing a tell-all book about his time working for the president — and is promising a story like none that have been released yet.

In an interview with the Daily Mail, Papadopoulos said that his memoir, "Deep State Target," will be the first time he gets to tell his story himself.

"My narrative is about the truth," he told the Daily Mail, "and I am going to be focusing on most of the events surrounding who was targeting the campaign and why."

In the book, Papadopoulos said he'll explain "what the President knew about many issues and about what I knew and other people in the campaign and the transition."

Unlike his former boss, the indicted Trump campaign aide said he has respect for the way media have portrayed his story.

"I respect the New York Times, Washington Post, the New Yorker" Papadopoulos said. "They have written profiles on me, front page stories, but no one has been able to cover it the way that I am expecting to."

He hopes to rehabilitate his "vilified" image with the book coming out on March 26, the report noted.

Read the entire Papadopoulos interview via the Daily Mail.