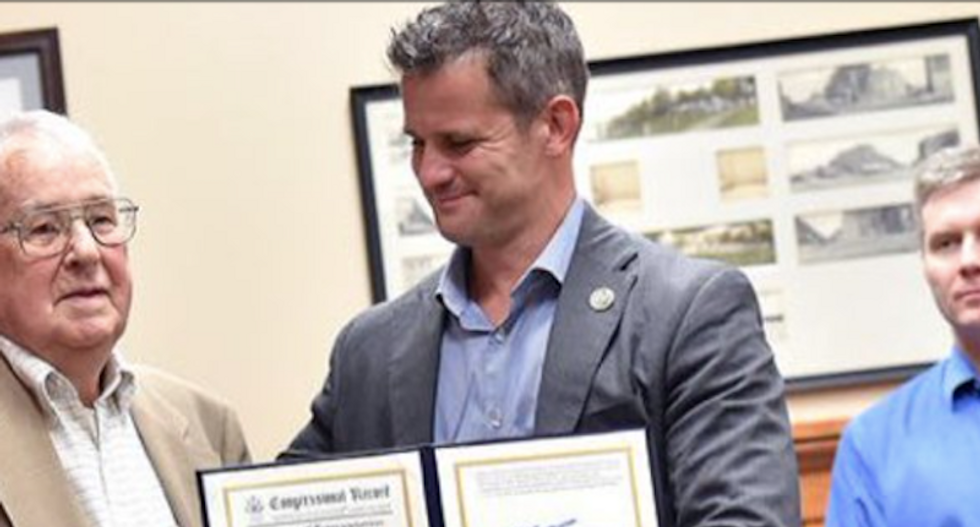 Kinzinger slammed Evers, who is a Democrat, in a series of scathing tweets.

.@GovEvers, your guardsmen saved many lives and protected our country on this mission. Did you go visit them on the… https://t.co/6JdEdLf9xP
— Adam Kinzinger (@Adam Kinzinger) 1551103216.0

Now, the Associated Press reports that the National Guard is investigating whether Kinzinger critique of the governor's action are a dereliction of duty.

In a statement to local media, his spokeswoman defended the Congressman, citing his right to free speech.

"The Congressman is off-duty and has the right to exercise his freedom of speech as he so chooses, just as he has done when critical of the current President and the President before him," Maura Gillespie said.