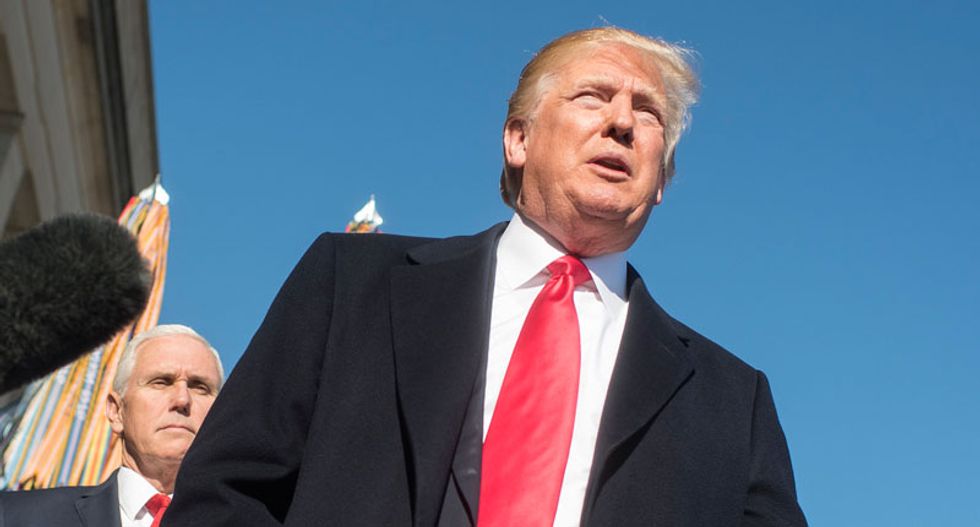 Politico reveals in a new story Friday that many military-minded congressmen (and some military brass) are privately grumbling about Trump tapping into funds already meant to directly fund projects and buildings for the armed forces, not a wall on the Untied States' southern border.

“Republican members of the Armed Services Committee and the Appropriations Committee are probably going to set themselves on fire over this,” former Rep. Charlie Dent (R-PA), who chaired the House Military Construction-VA Appropriations Subcommittee, said on CNN, Politico notes. “This is just a slap in the face to Congress and their power of the purse.”

The story notes some lawmakers are already on the record as saying shifting funds around is a bad idea.

"Rep. Mike Turner of Ohio, the top Republican on the House Armed Services Strategic Forces Subcommittee, called Trump's move a 'dangerous precedent' and warned “securing our border should not be done at the expense of previously funded military construction projects," the piece notes.

"Turner and four other House Republicans — Richard Hudson of North Carolina, Tom Cole of Oklahoma, Chris Collins of New York and Doug Lamborn of Colorado — warned Trump against siphoning off military construction funds in a letter last week, citing “aging infrastructure challenges which undermine the readiness and lethality” of the military."