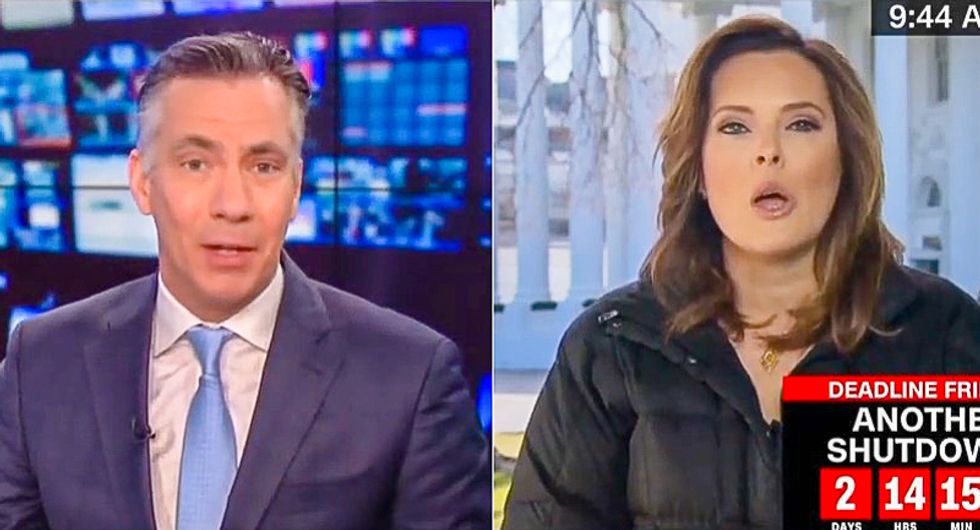 White House spokesperson Mercedes Schlapp on Wednesday insisted that President Donald Trump does not have a double standard when it comes criticizing bigotry displayed by Republican members of Congress.

In an interview on CNN, host Jim Sciutto noted that Trump had called on Rep. Ilhan Omar (D-MN) to resign over anti-Semitic stereotypes, but he had not done the same when Rep. Steve King (R-IA) made racist statements.

"Will the president similarly call for the resignation of Congressman Steve King, who as you know, defended in public comments white nationalism?" Sciutto explained. "Will he call for his resignation?"

Schlapp, however, focused on Omar.

"Congresswoman Omar's comments are horrific," Schlapp said. "It is why he called not only for her resignation, but her resigning from the Foreign Affairs Committee."

"You know, the president was critical of Steve King," she added. "He applauded Congress when they took action to strip him of his committee position. There's no room for anti-Semitism, there's no room for white nationalism remarks coming from any of these members of Congress."

"But why not hold Steve King to the same standard?" Sciutto pressed. "I mean, he's repeated Nazi comments, retweeted them, he's talked about white nationalism."

But Schlapp refused to address King and again called for Omar to resign from committee.