Howard Dean rips GOP hypocrisy on Trump's racism: Republicans 'have no morals at all' 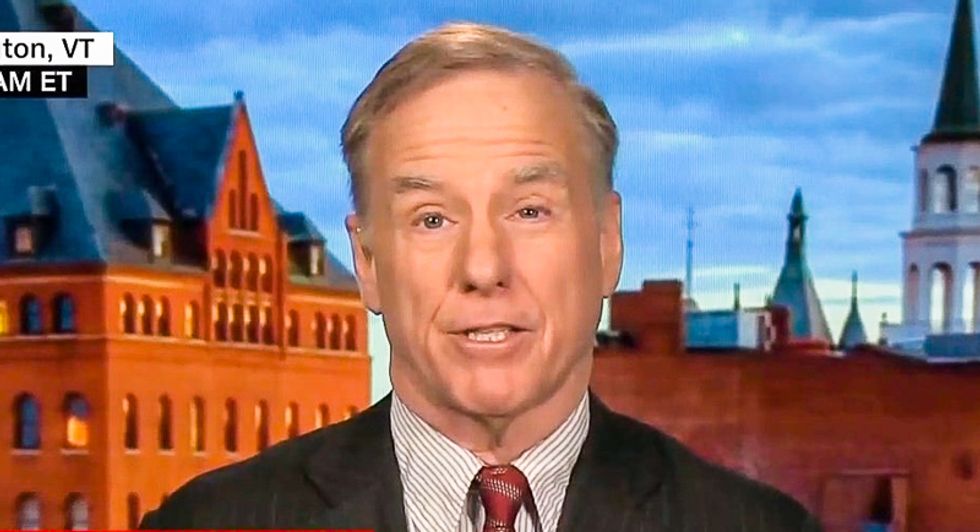 Former Vermont Gov. Howard Dean (D) asserted on Sunday that Republicans "have no morals at all."

While appearing on CNN's Reliable Sources, Dean was asked how he would handle the controversy surround Virginia Gov. Ralph Northam (D), who was caught with racist images on his yearbook page.

"I believe he's a decent person but I think he has to resign," Dean said of Northam. "He just can't be effective as a governor after something like this."

Dean argued that there are "parallels" between Northam and former Sen. Al Franken (D-MN), who resigned after he was accused of sexual harassment.

CNN host Brian Stelter noted that President Donald Trump has not resigned after repeatedly making the racist claim that President Barack Obama was not born in the U.S.

"Do you see a double standard at play?" Stelter wondered.

"Oh sure, there is among the Republicans," Dean laughed. "They have no morals at all. I mean, Republicans are happy to asked Ralph Northam to resign [but] they have a much worse guy who is heading their party. It's ridiculous."