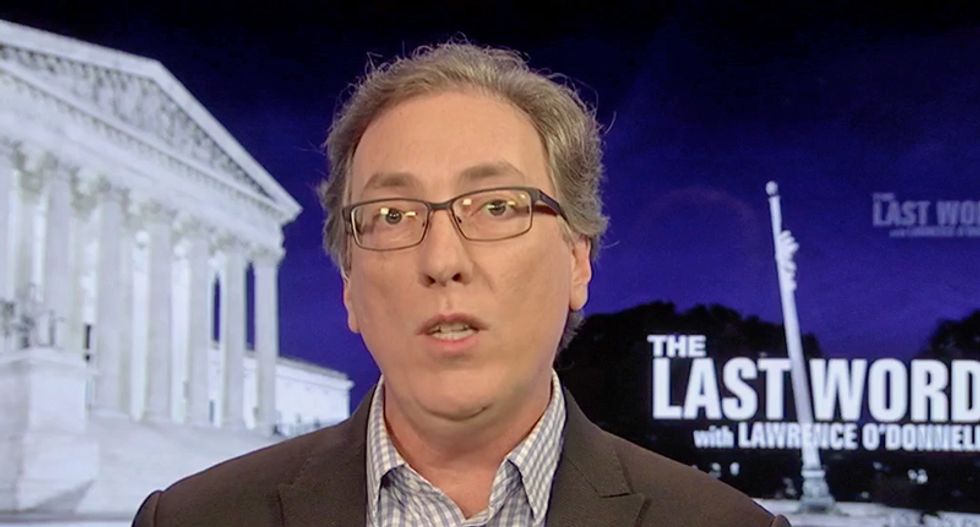 The shocking allegations by Jeff Bezos that the National Enquirer attempted to "blackmail and extort" Jeff Bezos took a bizarre turn on Thursday night.

Manuel Roig-Franzia of The Washington Post revealed a fascinating detail during an appearance on MSNBC's "The Last Word" with Lawrence O'Donnell.

"What has Jeff Bezos had to say of your coverage of him, the owner of your newspaper?" O'Donnell asked.

"We have no idea, we haven't spoken with Jeff Bezos and he hasn't been involved at all in our reporting, but we have spoken extensively with his security consultant," Roig-Franzia noted.

"He's provided us with some very interesting insights into the backstages of this whole drama, including the investigation that has taken place in which they have begun to believe, the Bezos camp, that this publication by the National Enquirer might have been politically motivated," he explained.

"I would just add one other thing. You mentioned hacking at the top of the show," he continued. "Gavin de Becker told us that he does not believe that Jeff Bezos's phone was hacked -- he thinks it's possible that a government entity might have gotten a hold of his text messages."