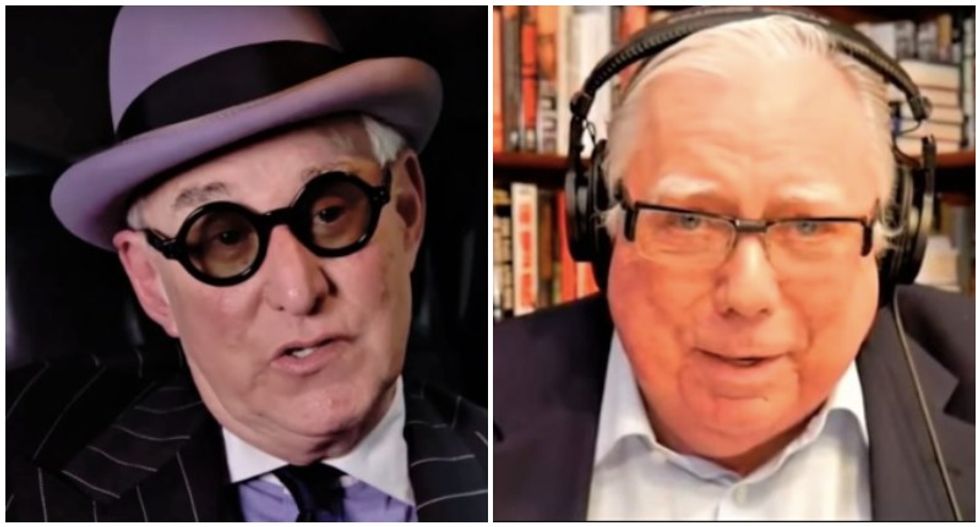 The Daily Caller's Chuck Ross reports that the lawsuit accuses Stone of "attempting to give [Corsi] a heart attack to prevent him from testifying in the special counsel’s case."

According to the lawsuit, Stone tried to induce cardiac arrest in Corsi via the "intentional infliction of emotional distress and coercion and threats," which he claims Stone carried out relentlessly in the weeks leading up to Corsi's testimony before special counsel Robert Mueller's grand jury.

Among several other charges, Stone was indicted on one count of witness tampering for allegedly threatening to kidnap the dog of past associate Randy Credico, who has also been a witness before Mueller's grand jury.

The lawsuit also accuses Stone of using right-wing media personality Cassandra Fairbanks to damage Corsi's reputation. Corsi, for his part, claimed in an interview over the weekend that Fairbanks "told him in 2018 she had sexual relations with [WikiLeaks founder Julian] Assange when she visited him at the Ecuadorian embassy in London."

Fairbanks, however, has denied Corsi's claims.