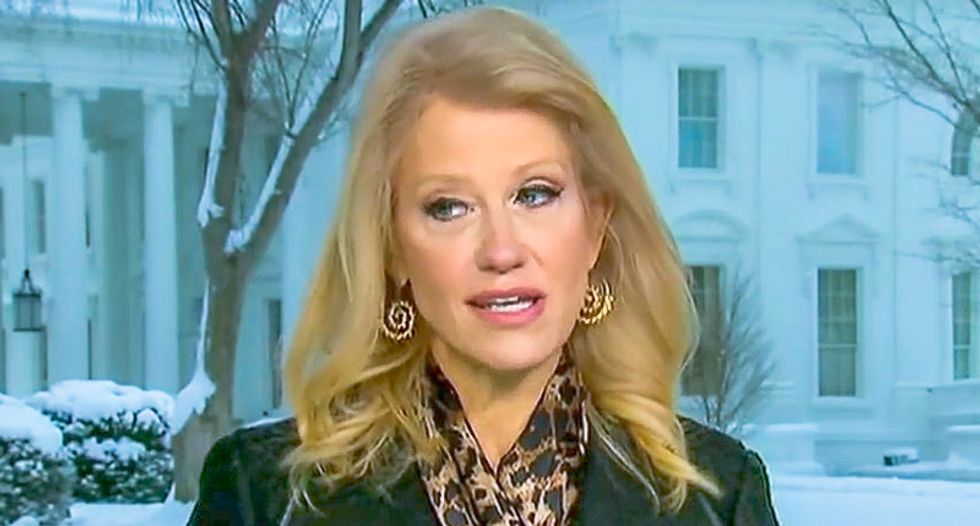 Trump White House counselor Kellyanne Conway has told CNN that a 63-year-old woman assaulted her while she was out eating dinner with her daughter at a restaurant in Maryland last year.

In an interview with CNN, Conway describes how the incident took place while she was having dinner at a Mexican restaurant called Uncle Julio's in Bethesda, Maryland.

"Somebody was grabbing me from behind, grabbing my arms, and was shaking me to the point where I felt maybe somebody was hugging me," Conway explained. "She was out of control. I don't even know how to explain her to you. She was just, her whole face was terror and anger. She was right here, and my daughter was right there. She ought to pay for that."

The alleged assailant, a woman named Mary Elizabeth Inabinett, left the restaurant before Conway called 911 to report the alleged assault. Inabinnett has subsequently been charged with second-degree assault and disorderly conduct, although her attorney says she denies the charges and plans to plead not guilty at her trial next month.

"Ms. Inabinett saw Kellyanne Conway, a public figure, in a public place, and exercised her First Amendment right to express her personal opinions," Inabinnett's attorney said. "She did not assault Ms. Conway. The facts at trial will show this to be true, and show Ms. Conway's account to be false."

Watch the interview with Conway below.

First on CNN: Kellyanne Conway describes alleged assault by “out of control” woman at a restaurant in October. The… https://t.co/LaScZfQmMT
— CNN (@CNN)1549626055.0