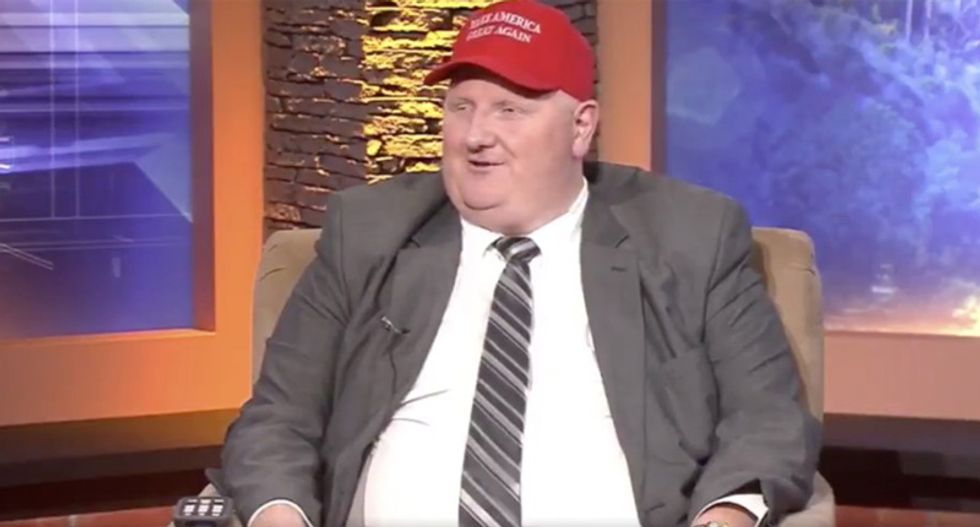 A Trump-supporting West Virginia Republican state lawmaker is who is under fire for calling LGBT people a "terrorist group" and likening them to the KKK this weekend said he'd "see if they can swim" when asked what he would do if they came out as gay.

Delegate Eric Porterfield was asked by a WVVA reporter "what would happen" if his son or daughter came to him years from now and said they might be gay or lesbian.

"Well, I would dress my daughter first, as I would take her for a pedicure, I'd take her to get her nails done, and see if she could swim," Porterfield, who was elected to the West Virginia House in November, said as he smiled.

"If it was my son, I would probably take him hunting, I would take him fishing, then I'd see if he could swim," Porterfield, wearing a MAGA hat, replied without hesitation.

He continued to grin as the reporter, somewhat shocked, paused, then asked him to clarify.

"I just want to make sure they could swim," he repeated when questioned, continuing to grin.

Porterfield, who HuffPost notes is "a born-again Baptist missionary and is blind," has also said he has “no care for diversity of thought.”

"He reportedly used the slur 'faggot' in a committee meeting on Wednesday amid discussions over a proposed amendment that would restrict anti-discrimination protections for LGBTQ people," HuffPost adds.

Porterfield also called LGBT people “the most socialist group in this country," as the Charleston Gazette-Mail reported.

"They do not protect gays," he added. "There are many gays they persecute if they do not line up with their social ideology."

Here's Del. Porterfield speaking to WVVA about his children:

Editor's note: NCRM attempted to contact Del. Porterfield by phone but our calls were disconnected before we could speak. He or his office are welcome to contact us to discuss his remarks