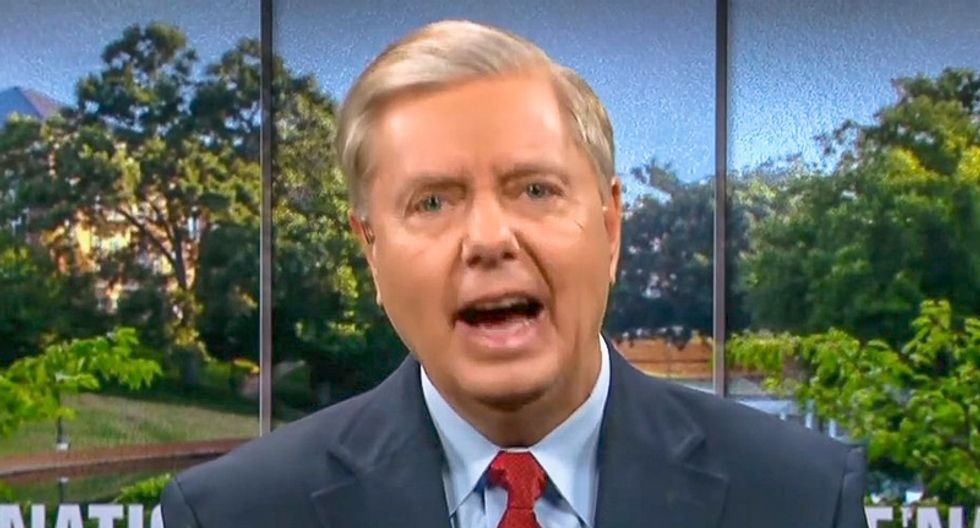 Sen. Lindsey Graham (R-SC) thinks Donald Trump should use his emergency powers to build a border wall with Mexico — in spite of the prospect of "war" within the GOP over it.

Charleston, SC's Post and Courier newspaper reported Monday that Graham is "not at all" worried about the precedent it would set if Trump used his emergency powers.

“To me, this is within the power of every commander in chief,” the South Carolina Republican said.

The report added that Graham is more pessimistic about a potential second government shutdown over the wall.

“The best way to do this, if we can’t get a deal with Congress, is for the president to take money that’s already appropriated for national security, unobligated, and apply it to a border barrier,” the senator said. “I’m hopeful that we can do that without shutting down the government. I think shutting down the government does not enhance the cause of border security.”

Senate Majority Leader Mitch McConnell (R-KY) reportedly cautioned Trump privately against the use of his emergency powers, the report noted, "out of concern it would divide the GOP and risk political blowback, including the possibility of Congress voting to disapprove of the emergency declaration."

"Graham said he has not spoken directly to McConnell about the issue since then," the Post and Courier added, "but called on his Republican colleagues to stick together in pursuit of the $5.7 billion in funding for wall, calling it the 'defining moment' of Trump’s presidency."