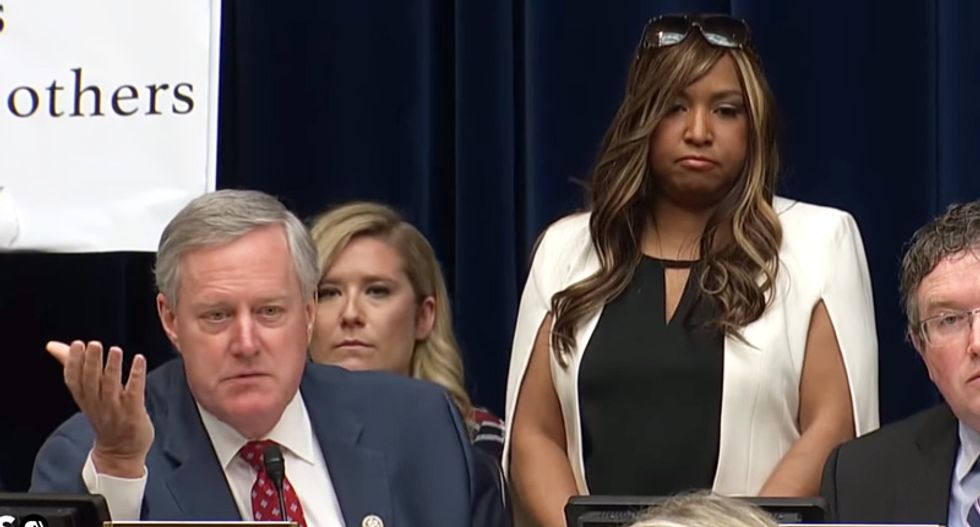 (Editor's note: This article was updated after Lynne Patton disputed The City's report with a tweet, writing, "Never played "hooky. 🙄 Spoke to GC’s office, Chief of Staff & WH Comms Tuesday evening to advise of invitation & seek protocol. I was also 100% unpaid on Wednesday & am reimbursing for partial travel, per my own insistence. My participation was on personal time & capacity.")

Housing and Urban Development regional director Lynne Patton might face consequences after she skipped out on a conference for top housing agency administrators to appear at Michael Cohen's Congressional testimony, according to the digital news organization The City.

The City reported that Patton was in hot water for skipping a conference for all HUD regional administrator to attend the hearing. But she has pushed back at the claim. See below:

According to a series of tweets from The City, HUD’s Inspector General said the office is, “ascertaining all of the related facts and has taken the additional step to refer this matter to the Office of Special Counsel for their review."

2/ @LynnePatton's controversial appearance to try to undermine Cohen’s claims that @realDonaldTrump has made racist… https://t.co/snSsAphb0M
— THE CITY (@THE CITY)1551393861.0

5/ With @LynnePatton standing behind him, at times nodding in agreement, @repmarkmeadows contested Cohen’s descript… https://t.co/lBREGoGZZz
— THE CITY (@THE CITY)1551394050.0