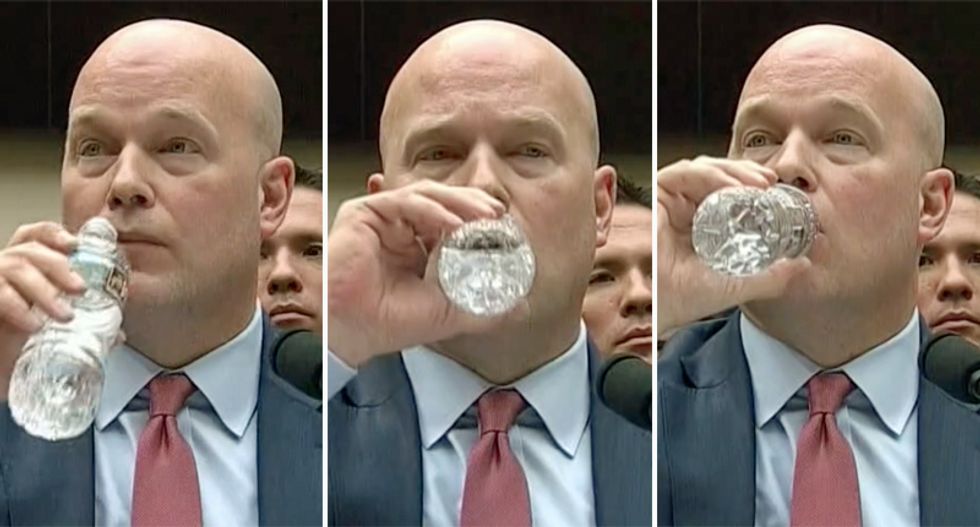 The host of MSNBC's "The Rachel Maddow Show" on Friday mocked acting Attorney General Matt Whitaker for his impressive consumption of bottled water while testifying before the House Judiciary Committee.

"If you didn't spend the entire day watching that hearing, I'll give you a cool, crisp, refreshing taste of what that hearing was like today," Maddow joked, while playing a supercut of Whitaker consuming water.

"It's like a lullaby for your kidney health," she suggested.

"At one point he had three bottles going at the same time and later in the hearing, there was a brand change because he drank all there was of one kind of water so they had to melt a new glacier for him and that meant new label," she continued.

"If you were worried he would run out entirely and depleted all of the stash before the end of the hearing, up pops another stash," she noted.