McCabe humiliates Jeff Sessions on The View: It was a challenge to get him to understand intel briefings 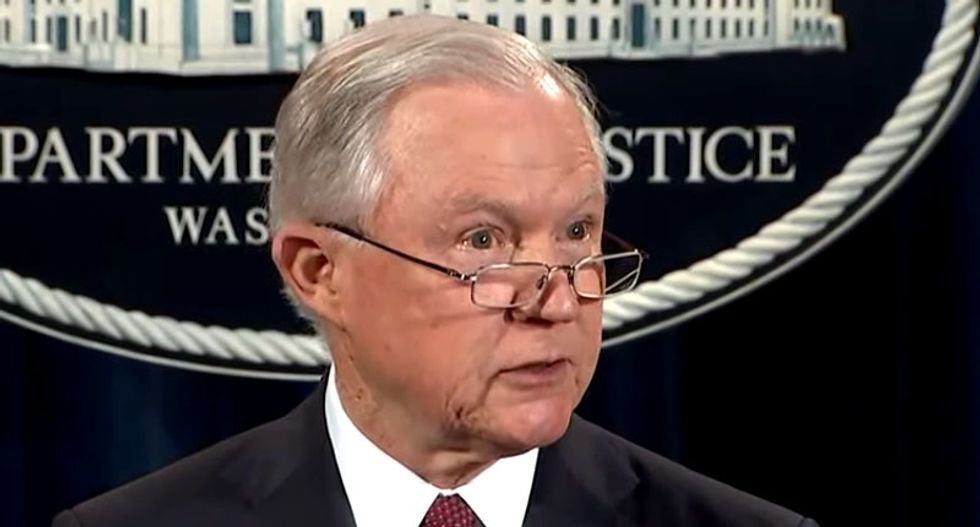 Former Acting Director of the FBI Andrew McCabe on Tuesday told The View that fired Attorney General Jeff Sessions was so "obsessed" with immigration and race that it became difficult to get him to read his intelligence briefings.

McCabe's description came in the middle of a larger discussion of his memoir, The Threat, about his tenure at the FBI, during which host Sunny Hostin asked him to go into detail about his "unflattering picture" of Sessions.

"Was he an appropriate person to lead the Department of Justice?" Hostin asked, ticking off Sessions' desire for more death sentences, his belief that the FBI "was better off" when it only hired the Irish (who he believed to be alcoholics), his racism, and his inability to distinguish intelligence briefings from the daily news.

"The conversations I had with Attorney General Sessions were unlike anything I had seen from any other attorney general," McCabe said. He added that Sessions' racism made it "a challenge to make sure the attorney general was getting the benefit of the intelligence we were presenting him."

He added that Sessions had an "obsessive focus on immigration" that "wasn't relevant" to the threats the U.S. faces.

"It's not the primary focus of the day-to-day work of trying to keep the country safe when you are an intelligence officer, a law enforcement officer," he said. "Counting the numbers of cases that we have that we're investigating of people who were immigrants or who came from other countries is just not something we were focused on."