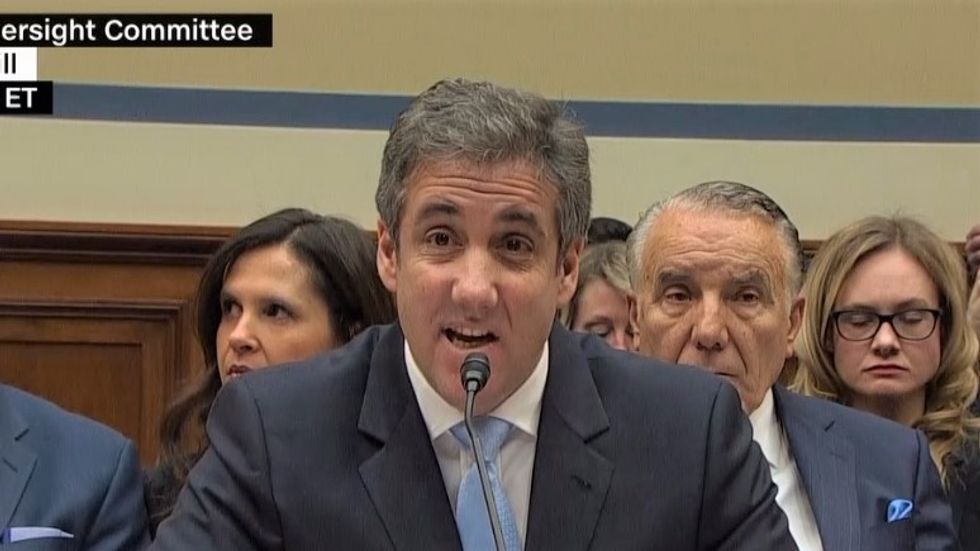 During his questioning of Cohen, Meadows brought up Lynne Patton, a black Trump administration official who currently works at the United States Department of Housing and Urban Development.

In his questioning, Meadows argued that Patton's appointment to HUD was proof that Trump couldn't be a racist.

"She says that, as a daughter of a man born in Birmingham, Alabama, that there is no way that she would work for an individual who was racist," Meadows said.

"And neither should I, as the son of a Holocaust survivor," Cohen responded.

"But Mr. Cohen, I guess what I'm saying is, I've talked to the president over 300 times, I've not heard a racist comment out of his mouth in private," Meadows said.

Cohen then dropped the hammer on Meadows.

"Ask Ms. Patton how many people who are black are executives at the Trump Organization," he said. "And the answer is zero."