Military steps in as Australia floods bring crocs to the streets 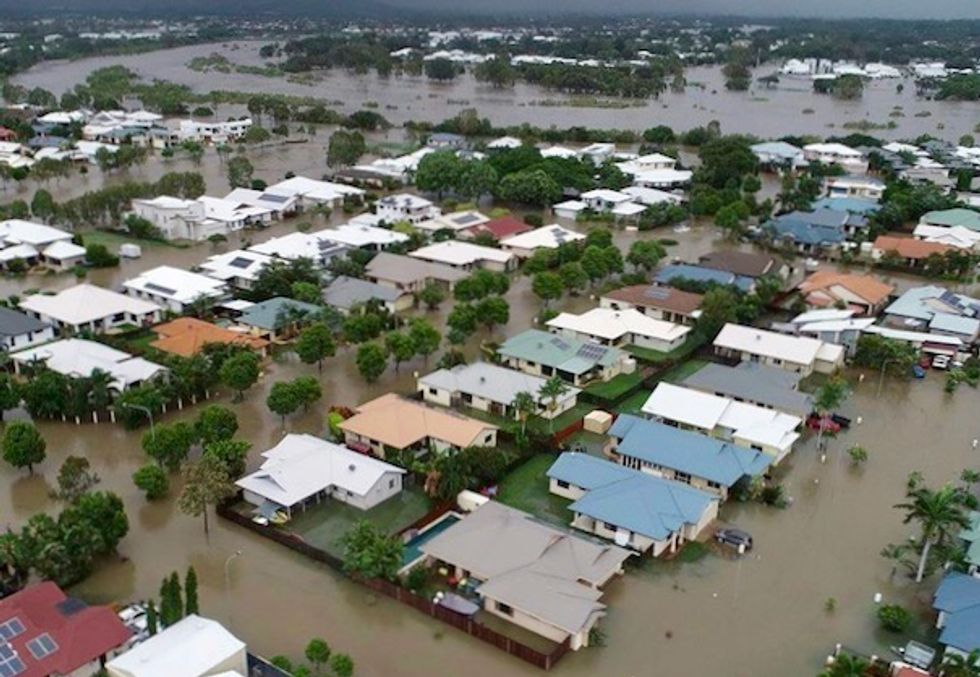 Australia's military has been deployed to tackle devastating "once-in-a-century" floods that have inundated homes, schools and airports in the country's northeast, forcing hundreds to flee and bringing crocodiles onto the streets.

Australia's tropical north typically experiences heavy rains during the monsoon season, but the recent downpour has seen some areas get a year's worth of rainfall in a week.

The authorities were forced to open floodgates of a major dam late Sunday, unleashing what they called "dangerous and high velocity flows."

"We've never seen so much water in our lives," said local radio journalist Gabi Elgood. "You think there can't possibly be any more to come but the rain just doesn't stop."

Desperate residents had to contend not only with flash flooding, landslides and power blackouts, but also several saltwater crocodile sightings in residential roads and cul-de-sacs.

Queensland Police issued a blunt warning for people to stay out of floodwaters.

"If the thought of coming face to face with a crocodile isn't deterrent enough, before you start playing in flood waters you should always remember the distinct possibility you could be wading in your neighbour's faeces", the statement said.

Emergency services have struggled to respond to the scale of the disaster, with more than 1,100 people calling for help and 18 "swift water rescues" conducted overnight.

Around 400 Townsville residents have sought shelter at nearby Lavarak military barracks.

State premier Annastacia Palaszczuk warned the communities face more difficulties ahead. Schools and courts remain closed, more rain and high winds are on the way and emergency warnings still in effect for more than a dozen rivers.

Up to 20,000 homes are at risk of being inundated if the rains continue, officials said.

"This is unprecedented, we've never seen anything like this before," she said.

Ergon Energy's spokesperson Emma Oliveri told the AFP that more than 16,000 people were without power, with the supplier unable to say when the lights will come back on.

The main transport artery linking the north of Australia with the rest of the east coast was also affected, prompting concerns about food shortages.

"We'll continue to do all we can to get stock into Far North Queensland while the roads are cut," she said.

The Bureau of Meteorology's Adam Blazak told AFP the downpours could continue until Thursday, while floodwaters will take some time to recede even when the rains lessen.

A silver lining to the deluge is that it has boosted drought-stricken farmers in western Queensland.